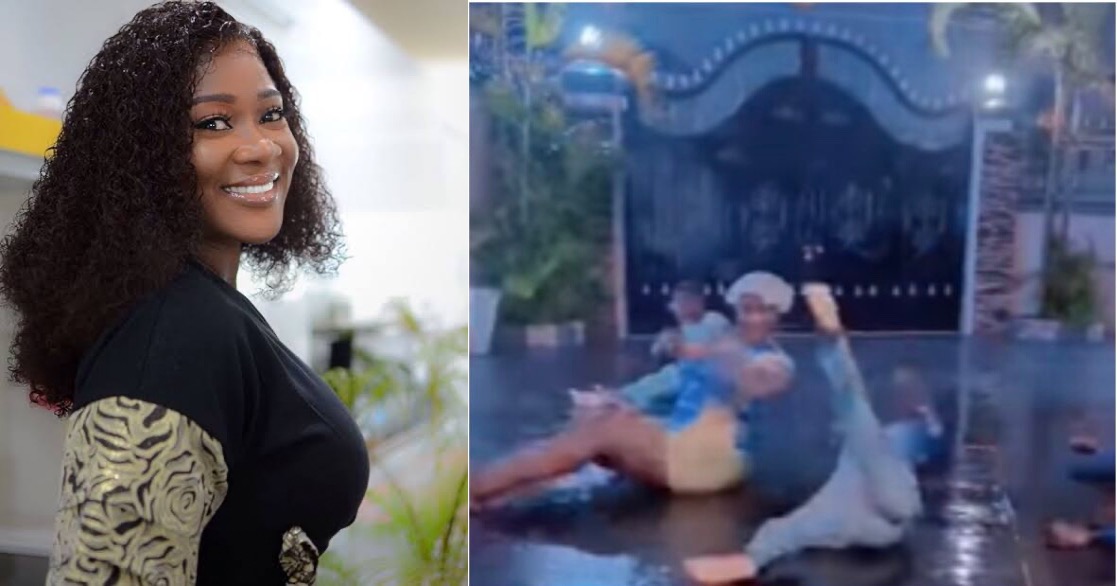 Mercy Johnson, an actress, has been labeled Mother of the Year after a video of her dancing and playing in the rain with three of her children went viral.

Mercy Johnson released the video on her Instagram hours ago with a caption that reads,

“On set #kafayaundercover ,so stressed and tired . Yet I have them on my [email protected]…My Reason…P/S they nor dey gree say dem be butty ooo,these kids like Street”

Appreciative boy makes it rain heavily on his beloved mother…

I was a single mum with no degree, now I’m an Engineer –…

The hilarious video has already gone viral, with many of her colleagues and fans hailing her as the best mother ever.

In other news; Oluwatobiloba, a singer Daniel Anidugbe, also known as Kizz Daniel, has finally quit smoking. The “Woju” hitmaker took to social media to announce that he had quit smoking in honor of his birthday, which is today, Sunday, May 1st.

Nigerian Police begins haunt for lady who said she was paid N1.7m to sleep with a dog