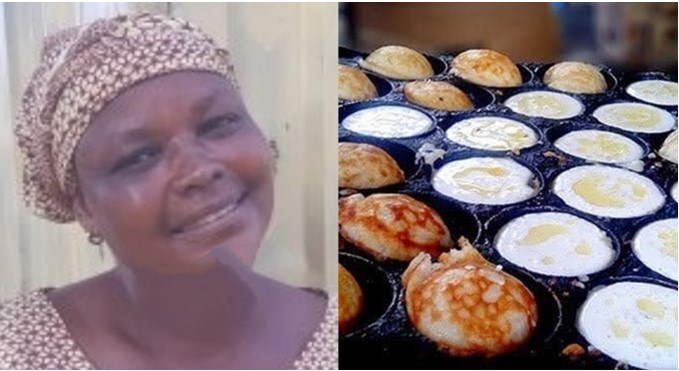 Mrs. Rebecca Dung of Gombe is making money from the sale of an indigenous snack that many may not consider profitable.

The mother of three sells masa, which is mostly consumed in northern Nigeria, and she has made significant progress from the business.

Dung stated that the proceeds from selling the snack near Jiyamere Hotel in Gombe State were used to build two houses.

Man who sponsored wife’s education, set up her business nabs…

She told NAN in an interview that she began the business with a’mudu’ of rice about 20 years ago after learning the trade in Bauchi state.

In addition to the houses she built, Dung added that she has also been able to train her three children.

“I achieved a lot through the business including, training my three children. One is an undergraduate; the other is in a seminary, while the last one is happily married.

“I am grateful to God for His grace that has sustained me over the years. Selling masa has brought me good fortunes.

“I built a house here in Gombe, another in Jos and I have an undeveloped plot, which I also bought with the proceeds from this business

“One of the most important things that have helped me all these years is good savings culture. If you are not disciplined financially, you cannot succeed in any business.

“Masa business is a good business that has empowered me to achieve a lot. I am a woman that is respected by my children and everyone because of what I have been able to achieve over the years. Women that sit at home must understand that their relevance in the society lies in what they can offer to support themselves and their households.

“People respect me today because of what I have achieved as a woman and I can tell you that, respect is earned; so women should go out and earn their respect.”

Ever since I stopped telling my mum about my life, I’ve started progressing – Man says

I am not a thief, it was mistake: Justin Dean reacts after Korra Obidi called him out for stealing her $5000