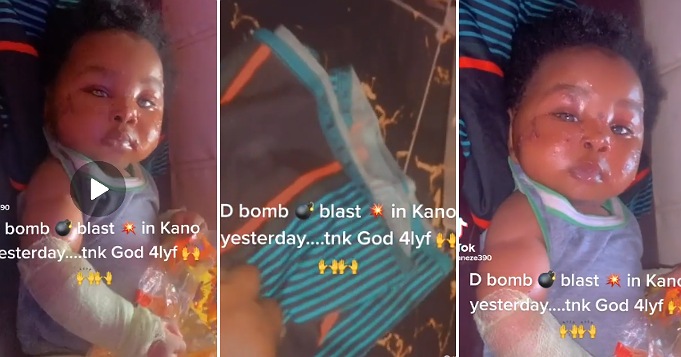 A Nigerian mother has heartily thanked God over the survival of her little son during the Kano bomb blast that reportedly killed many civilians.

Recall, there was a b0mbing In Kano few days ago. The cause has not been verified as security operatives believe that it was a suicide b0mbing while other groups maintain that it was a gas explosion.

This mother is however very grateful that her son who can hardly walk or talk survived the attack.

The video shows that the child is in health with only minor burns and bruises. She also revealed the knicker shorts of the child which has some burnt parts on it.

The child’s face also had some bruises but will definitely get better in a short while.