Nigerian girl dumps her man after she saw him selling pure water, not knowing he owns the water company 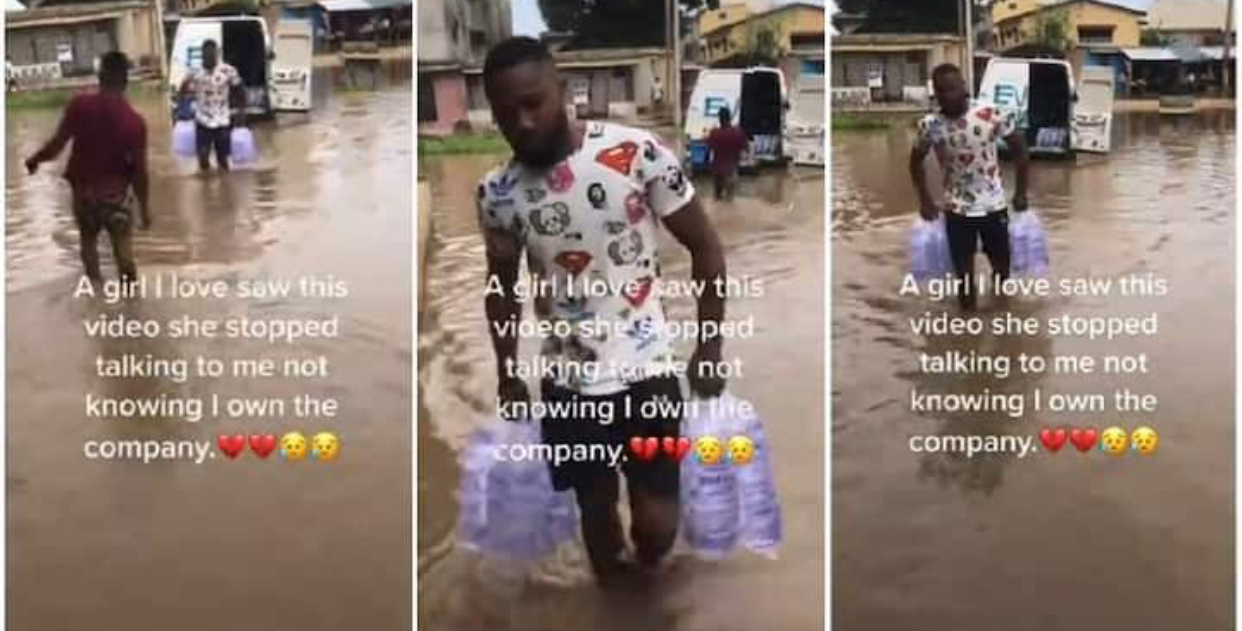 A Nigerian woman allegedly dumped her boyfriend after witnessing him selling pure water on the streets.

The man posted a video of himself doing the business and claimed that it cost him his relationship.

According to the video, the said girl did not know that the man owns the water company, that he was not working for anyone but for himself.

A writeup on the video reads:

“A girl I love saw this video and she stopped talking to me not knowing I own the company.”

In the video, the man was seen offloading bags of sachet water, apparently to supply to customers.

It has generated hot arguements on Instagram where it was shared.

@rich_promise_1800 said: “Na lie! No be you get get company. Na hustle you dey. No think say you wan motivate us.”

@adorables_fashionn commented: “Why didn’t you tell her from the beginning?”