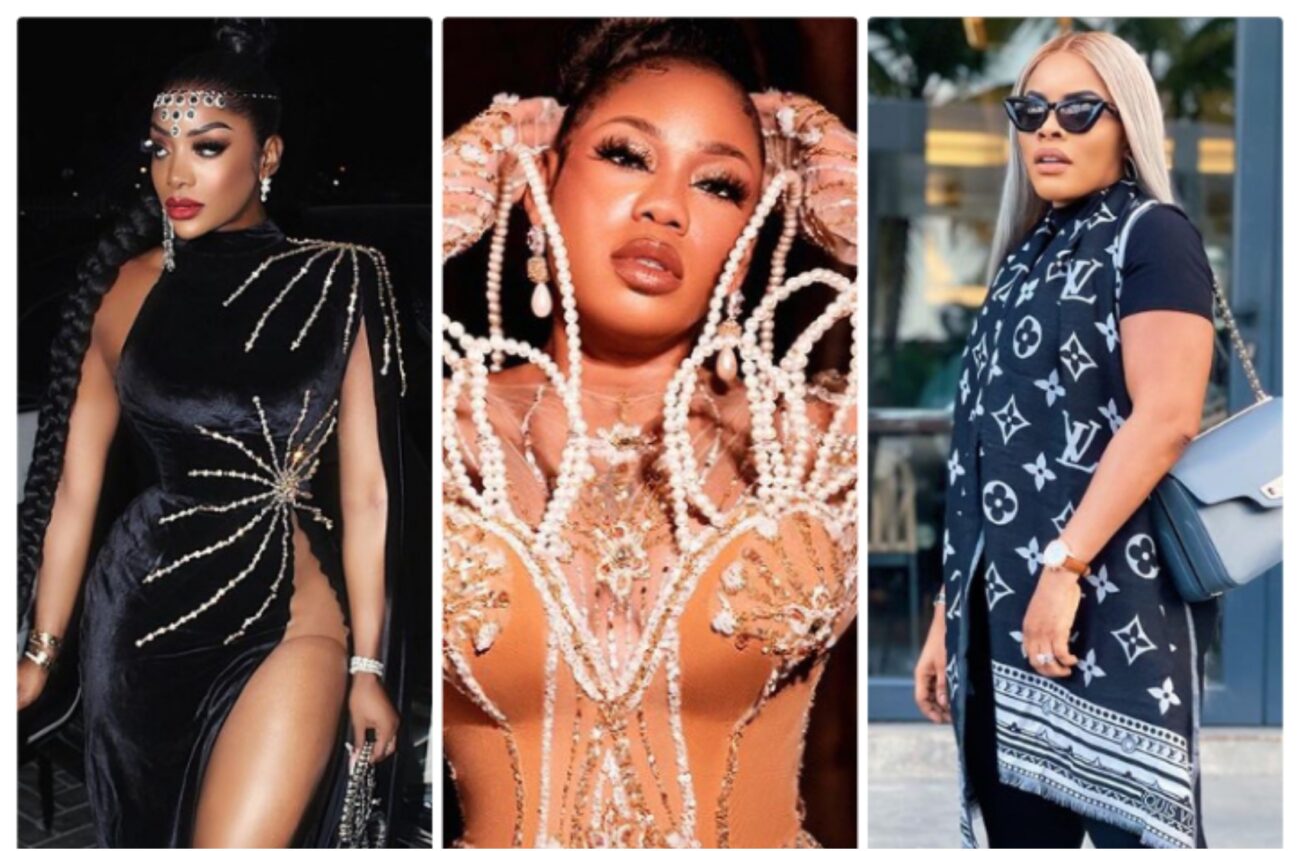 Toyin Lawani, a celebrity stylist, has accused Chioma Ikokwu, a reality star and businesswoman, of spreading false rumors about her.

On Twitter, the mother of one who stars on the hit reality show Real Housewives of Lagos was mercilessly chastised for disparaging Laura Ikeji’s son.

The show’s housemates had gone to Laura Ikeji’s runway show, and Toyin, who was sitting next to Chioma, was on the phone with her.

Unfortunately, Chioma claimed that Toyin was comparing her own son, Tenor to Laura’s son.

Taking to her Instagram page, Toyin Lawani dragged both Chioma and the show’s organisers for painting her in the wrong light.

“Now I will Reply this and reply just once. And nit cause I need to correct adults that are blindly judging with what they are shown anyways all this misconception about who I really am is funny to me, if you know me. You will know how I empower and support people’s businesses, friends and even strangers. Not to talk of how I love children and carry them along, my child or the ones that are not mine. @showmaxnaija so you can’t tell me you missed out on all the things I said about her child when I saw him on the runway, I was overjoyed and I said that was the highlight of the show for me and if I knew the kids were walking I would have brought my son to walk too cause he’s good at it too and I hyped him like how I do everytime and I hyped her cute boy too, only for me to see that all was cut out and it seemed like I was putting the child down, it’s extremely devastating and sat go see that, I am not in support for it and it doesn’t represent who I am and how much I live kids, and as for Chioma saying I was showing her my collection, girl you and I know that’s a big lie and you definitely know what i was showing you which I have proof of, when people know you genuinely like someone they don’t like, they tend to cause havoc, many are good at playing games, I’m not, but that’s even beans, I can get over it, but for what they made it look like I said about the kid. I will ask @showmaxnaija to do the needful cause I won’t stand to be used for such content when it has to do with kids, I’m not up for such games, you have your footages. And anyone who judge me falsely when God in heaven knows the truth will also feel the pain of being lied on one day”.