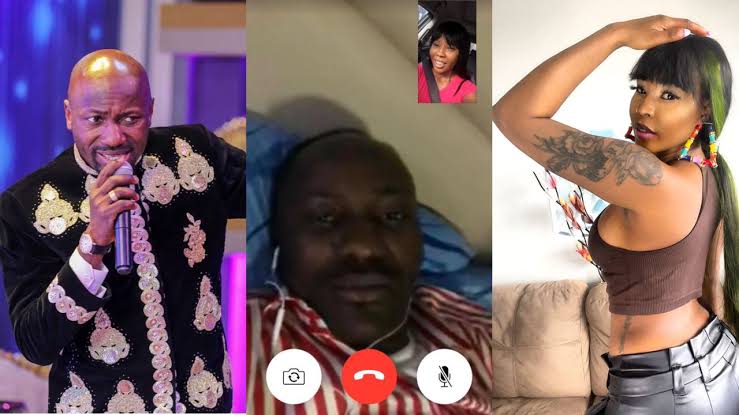 The Senior Pastor of Omega Fire Ministries, Apostle Johnson Suleman, has responded to the allegation of a sexual affair with Stephanie Otobo.

TheinfoNG earlier reported that Stephanie Otobo returned to social media on Monday, years after she revealed her alleged affair with Apostle Johnson Suleman.

“Southerners are noisemakers, North will remain in power…

Doctor who was allegedly sent by Apostle Suleiman to kill…

She also shared screenshots of video calls and another intimate photo with the cleric, daring him to deny he is not in the photos.

The musician has promised to make more videos of the cleric available.

In response, Apostle Suleman stated that he is trending on social media because he called for the end of the ASUU strike.

“I tweeted ‘End ASUU strike’ yesterday Sunday and today Monday I am trending on Twitter.. una well done! Same strategy all the time…

“You guys should had done this at least a week later to avoid traces. END ASUU STRIKE!”