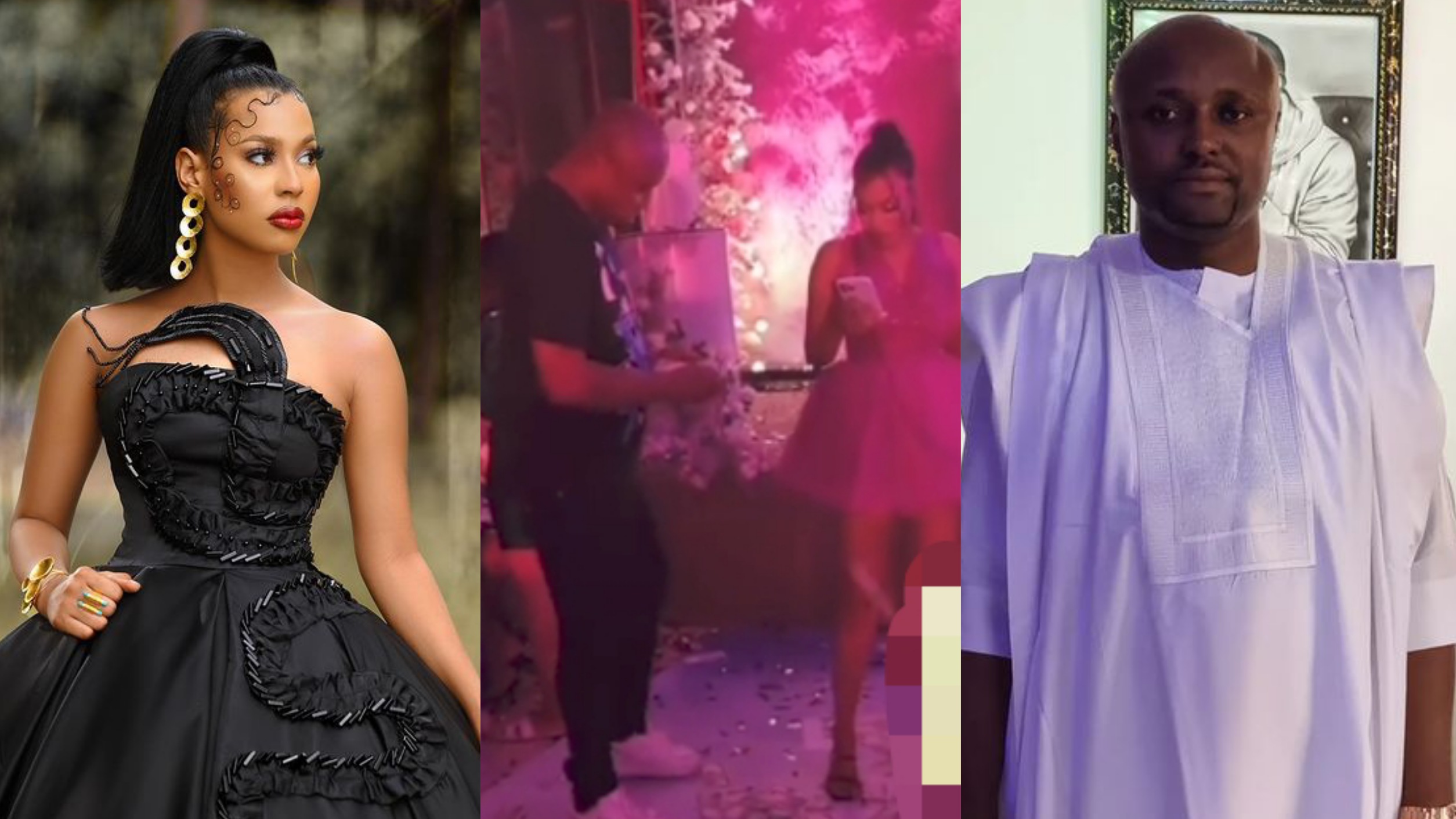 The BBNaija star recently celebrated her 28th birthday, with several of her ex BBNaija housemates in attendance.

A viral video which has surfaced captured Nini operating her phone majestically, not dancing nor paying heed to Israel DMW who was steadily making money rain on her; as could be seen in the video, she appears not to even notice that someone was spraying her money.

The video has sparked outrage among netizens who berated her, with some describing the gesture as impolite, while others speculate that Davido was probably invited to the even but had sent Israel DMW instead.

“Ogun kee all my ex-boyfriends’ – Lady jumps for joy…