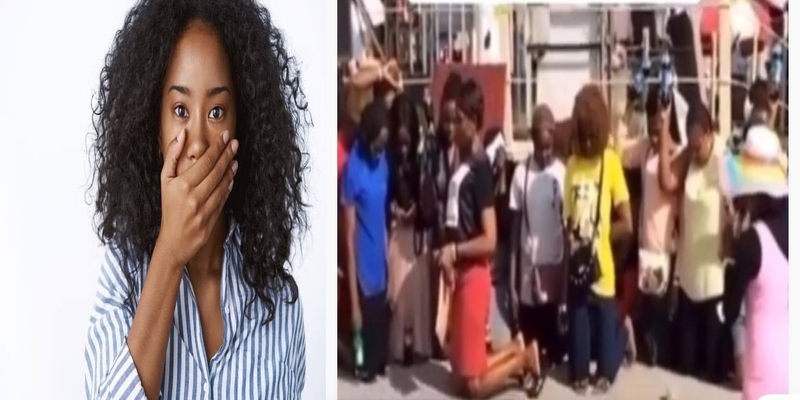 A video going viral on the internet shows a female preacher addressing a group of women in public.

She offered to pray for them to find a husband and asked anyone who had previously unknowingly performed abortions to kneel.

At first, only one woman knelt, but the preacher insisted that if they are really ashamed, they could hide their faces, but they had to kneel.

She went on to say that anyone who has had an abortion but refuses to kneel for prayer risks remaining unmarried.

After she made the statement, other women started going down on their knees one by one till the very last and the preacher joined them before commencing the prayer session.