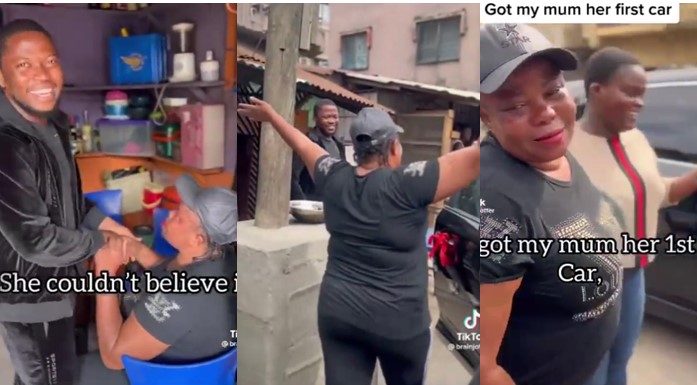 Chukwuebuka Emmanuel Amuzie, also known as Brain Jotter on Instagram, has purchased a car for his mother.

On Monday, May 2, 2022, the content creator took to his social media page to publish a video and proclaim the good news.

The Toyota he gave his mother is the first car she own, according to Brain Jotter.

“Village people at work” – Man cries out after…

In the emotional video he shared on Twitter, his mother was crying and surprised because she thought it was a skit.

She eventually believed her son and went to inspect her new car, tears falling down her cheeks.

She eventually believed her son and went to appreciate her new car with tears flowing from her eyes.

He shared the clip and wrote; ”I Got my mum her first car”

I Got my mum her first car 🚗 pic.twitter.com/1gEGkZYjuO