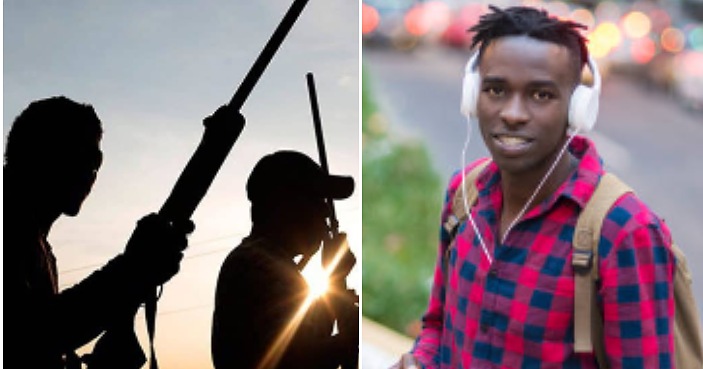 A Twitter user Identified as @yurvillageppl recently narrated how his friend at school was mocked by colleagues.

He narrated how the young student was captured by kidnappers who earlier requested the sum of one million naira as ransom from his parents.

Later, it was revealed that he was released for 50 thousand naira after very intensive negotiations.

However, upon his arrival at school following his release, his mates laughed at him because according to them, he was worth “ordinary 50k”.

“A friend of mine got kidnapped in riverstate and his father paid 50k to have him released. The day he came back to school all the boys was laughing at him because he was worth ordinary 50k 🤣🤣”. 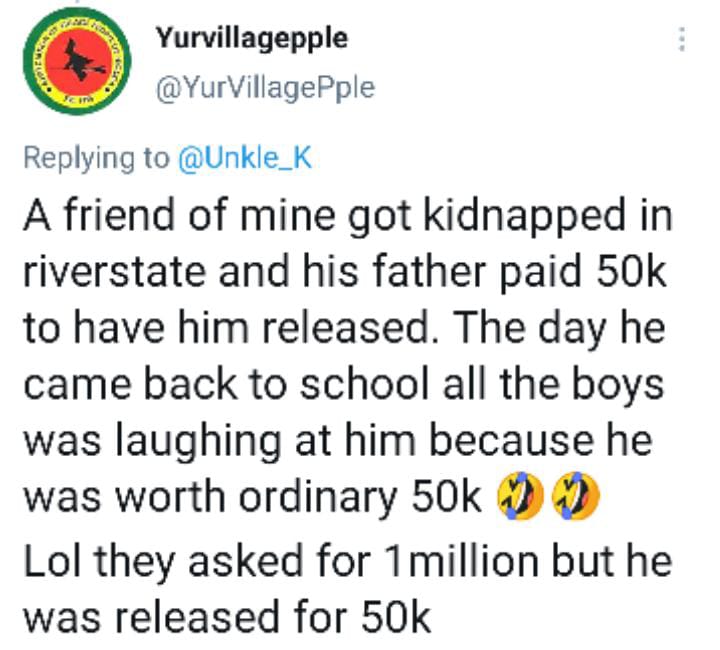 “I’m not a lesbian” – Bobrisky blasts ladies asking him out