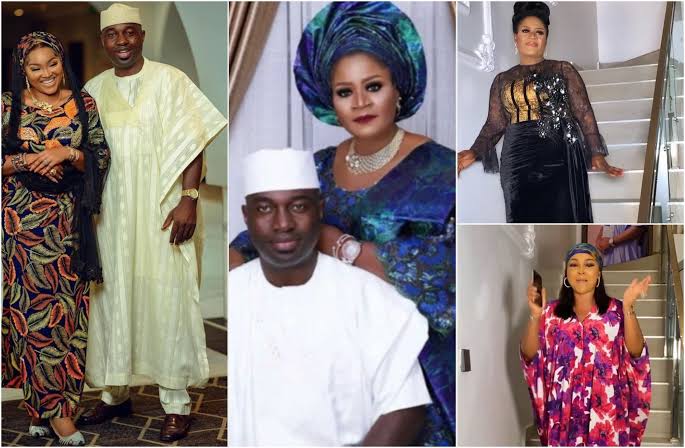 TheinfoNG earlier reported that Funsho Adeoti, the first wife of actress Mercy Aigbe’s husband, Kazim Adeoti, publicly called him and the actress out.

The mother of four gave them an ultimatum to remove all photos of them from her home.

The actress, who dressed up for a colleague’s birthday party, had shared some glamorous photos of herself in Kazim’s house with his pictures hanging around.

Mercy Aigbe took several photos and videos on his staircase which is the same as the one Funsho Adeoti used some months back.

Irritated at her audacity to flaunt a house she and Kazim built, Funsho Adeoti took to her Instagram story to warn the couple to pull down every photos
of her house.

She warned the actress and her husband to stop pushing her.

Funsho Adeoti issued them a 12 hours ultimatum to take down the photos.

“@realmercyaigbe @adekaz production for the last ad final time ‘stop pushing me’ Kazim do the needful. Pull it down..you’ve been warned 12 hours only”.

In a new update, Mercy Aigbe seems unbothered about her rant.

The actress took to the staircase to do a video of her promoting her new film.

Since the 12 hours isn’t over, maybe Mercy Aigbe is only using the time to take several videos of the staircase before pulling it down.

We are sure there would be family drama if the actress fails to do so. 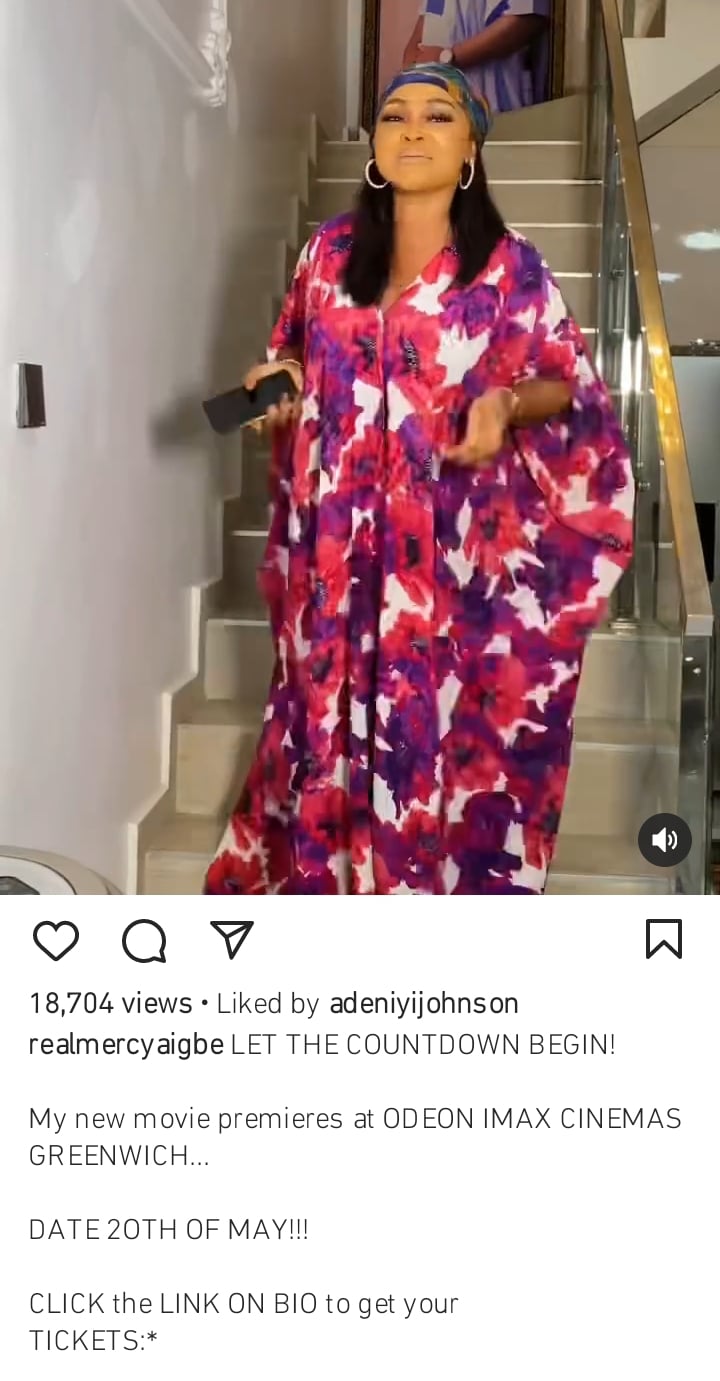