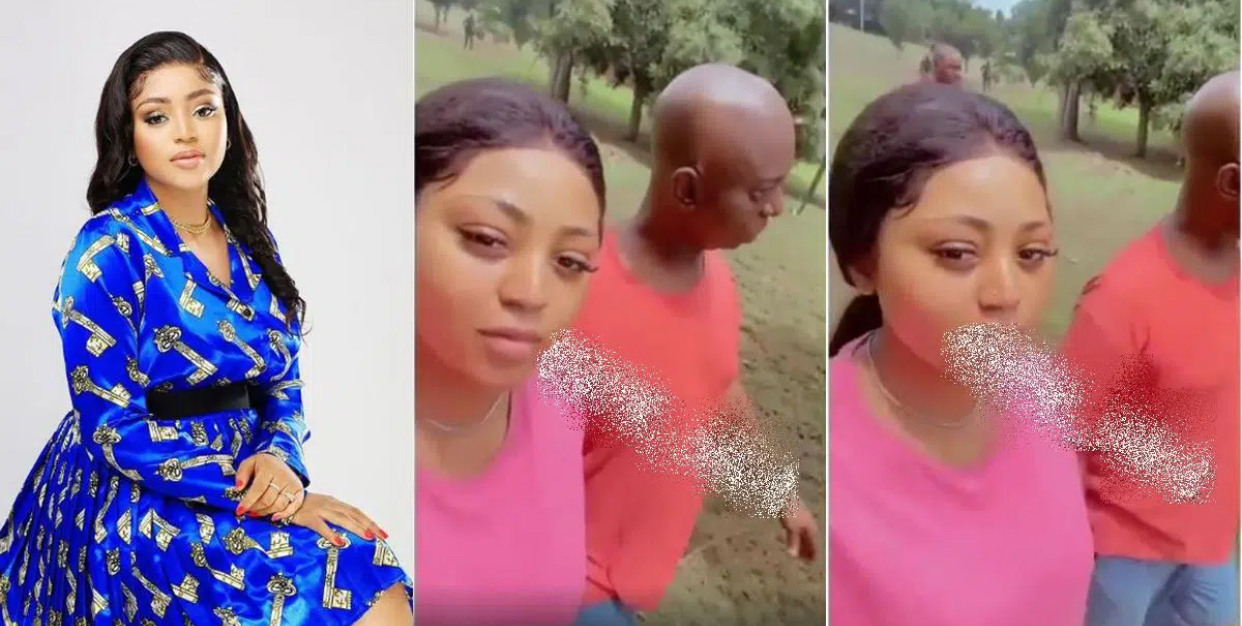 Fans of Nollywood actress Regina Daniels believe she is expecting her second child after seeing a video of her and her husband, Ned Nwoko.

Recollect how Regina Daniels set social media abuzz when photos of her and her husband at an event surfaced, with many netizens speculating about pregnancy.

However, a short video of the couple which captures their faces only has strengthened the initial pregnancy rumour as some have claimed that her weight gain/new look are signs of pregnancy.

“I think I need to get married” – Juliana…

soniaquee_n wrote:
“She gained somw weight, like preggy. Most of you saying old , tjis babe is happy and that’s all that matters.”

babina__mie wrote:
“She looks pregnant 😍😍… all her stories… she no wan show full face”

zuma_idris wrote:
“She’s pregnant 🤰🏼 congratulations to her…. She definitely hiding the bump lol in all her ig story😂🤓”

Zicsaloma recalls lecturing days; says skit making pays him more than when he was a lecturer