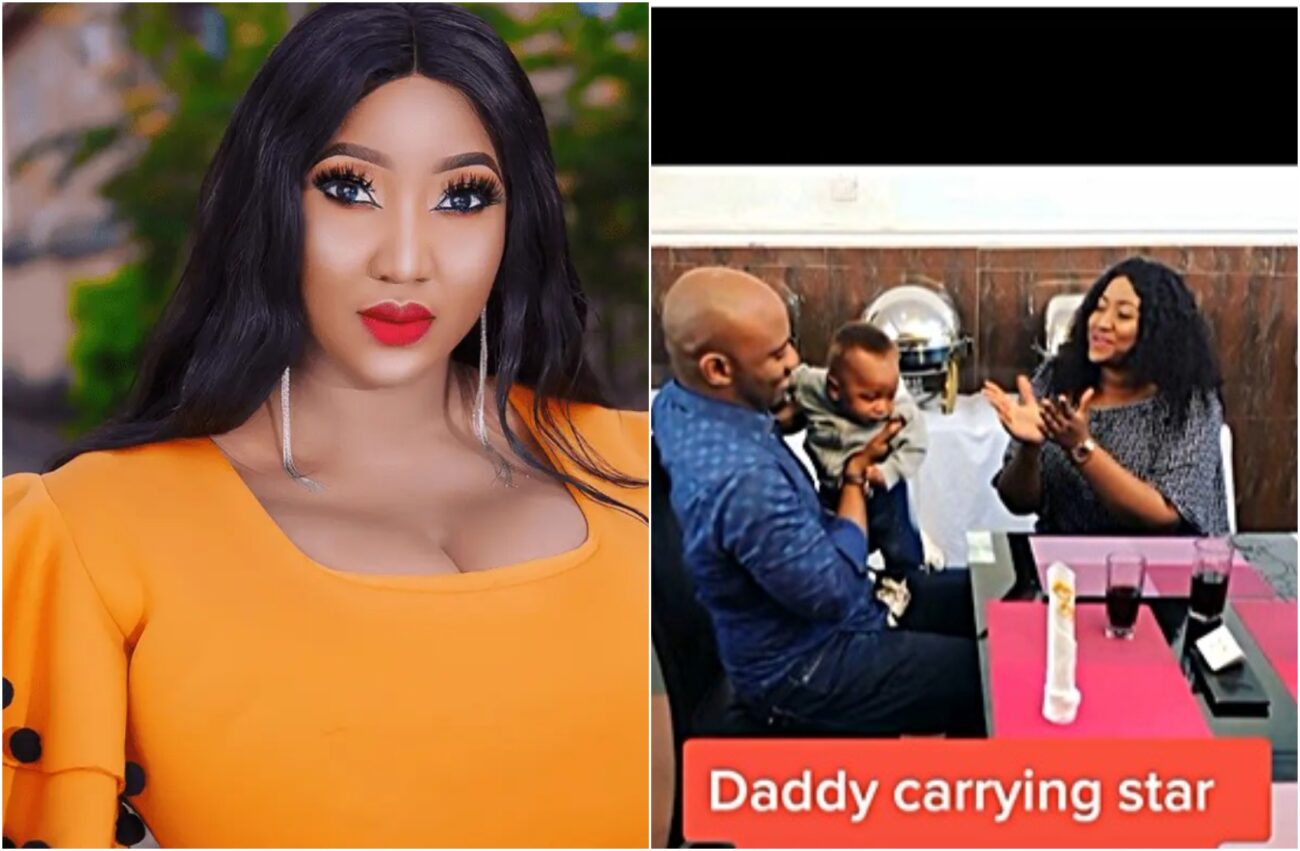 Despite widespread criticism, Judy Austin, who has never retreated from expressing her love for Yul Edochie, has taken to TikTok to praise the actor and politician for being a romantic husband and a wonderful father to their son, Star.

Yul could be seen affectionately holding their son in the clip shared by the actress, much to the delight of his second wife, Judy, who wrote:

Meanwhile, Netizens are baffled after popular Nollywood actor and director Yul Edochie released a video of himself and his first wife, May, dancing ecstatically, having a good time.

This comes after the actor took to social media to reveal his second wife, Judy Austin, and their son, Star, which enraged his first wife, who didn’t hold back her retaliation.