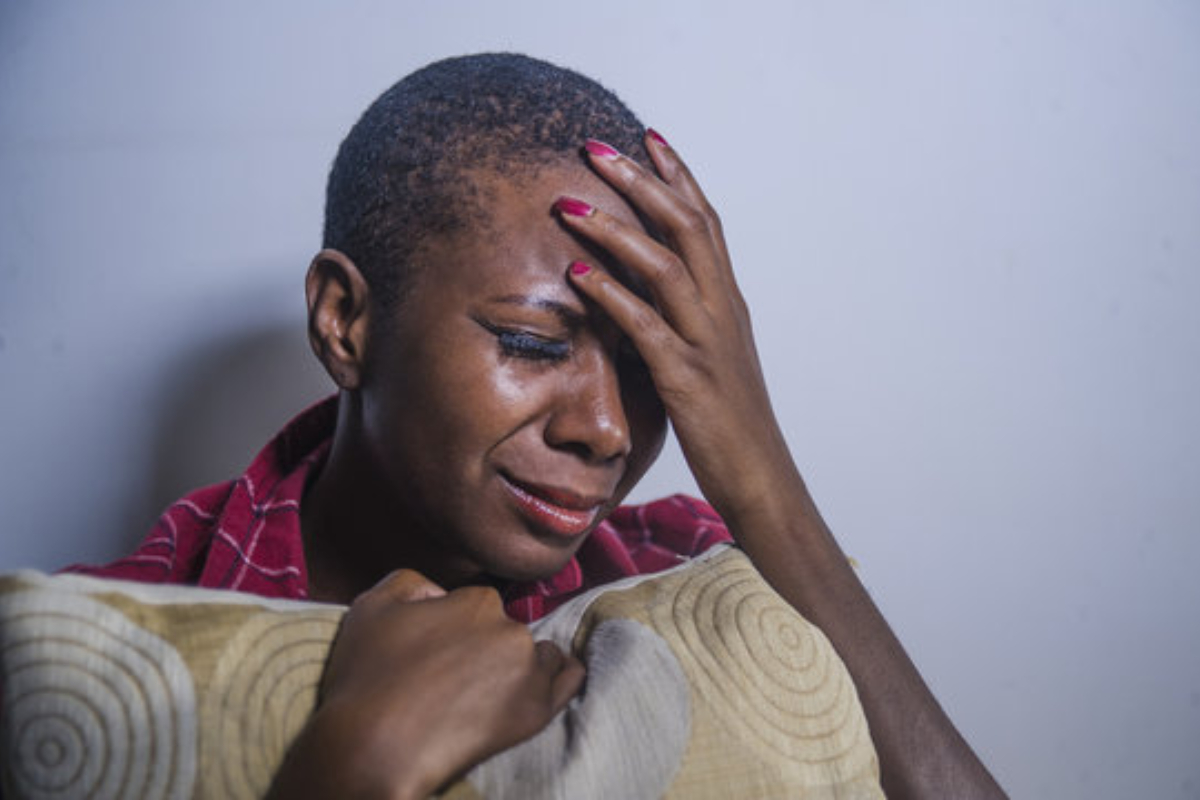 Some angry Nigerian women took to Twitter to share their experiences after discovering their boyfriends were bisexual.

One of them, Adunni Bay, revealed that she ran into her two-year boyfriend while he was collecting his ‘best friend’s ‘diik,’ but he will share the rest of the story after she has fully recovered from the trauma.

Amari, the other lady, revealed that she caught her lover sucking another man’s gbola while kneeling down.

It was very embarrassing, according to her, and it was there that he confessed to her that he was bisexual. 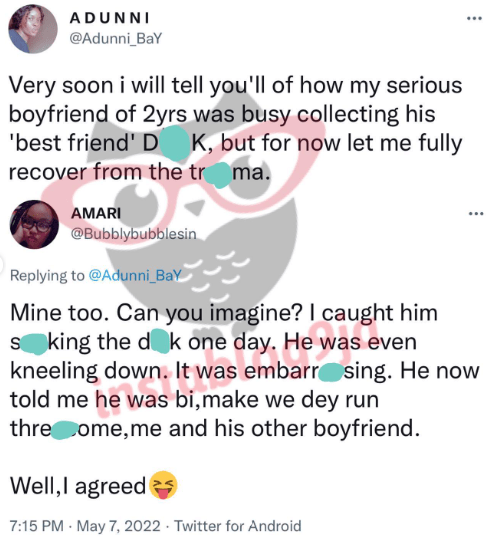 Read a few reactions below;

mide10; ‘I told my man I’m broke and needed 500k This cute man of mine stress-freely sent me 2million naira. Dear God, what did I do to deserve this kind of IMAGINATION

kingsleytresh; ‘Sometimes it’s not a lady that’s tryna ruin your marriage/relationship. It’s his fellow man! 😂😂😂😂 Why do i feel the second lady is selling Zobo,very cold one…

Young lady studies law to secure her dad’s release from prison, he regains freedom in time for her graduation