Wizkid dragged over his manager’s office 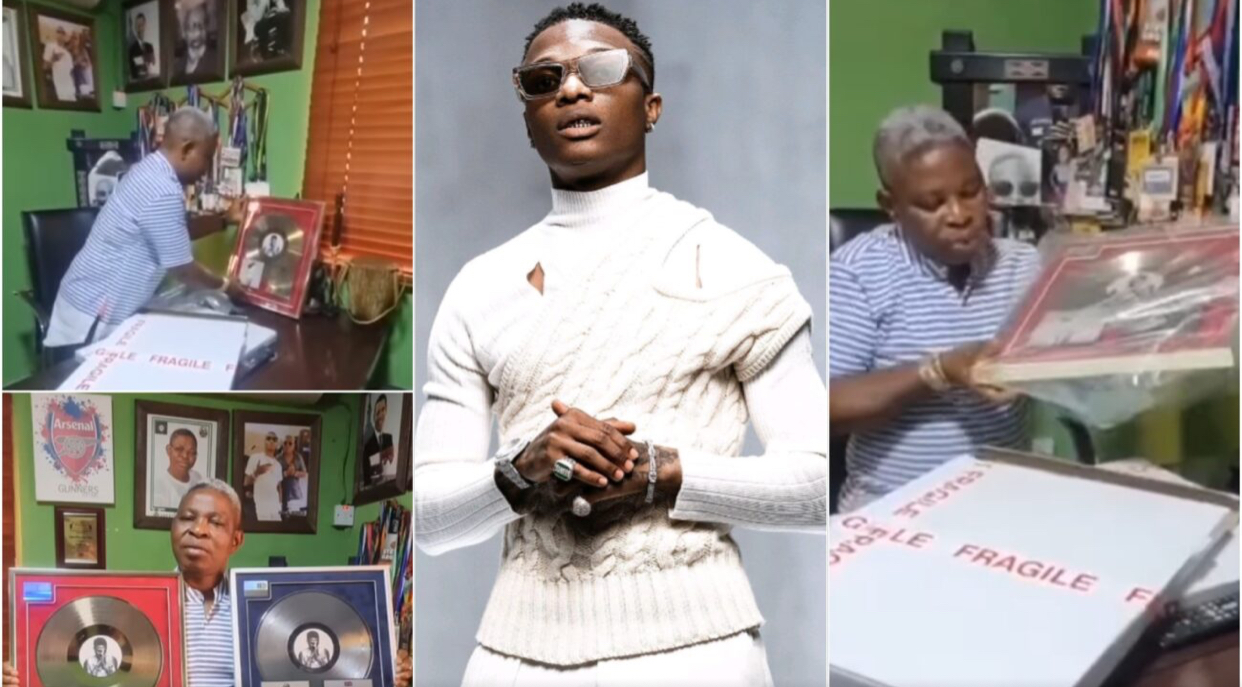 Wizkid, a multi-award winning Nigerian singer, has been vilified on social media for his manager’s unkempt office.

Sunday Are, the Grammy singer’s Nigerian manager, displayed his office while accepting his two awards.

The awards were for his works on the singer’s fourth studio album, Made In Lagos and his all time biggest single, Essence which features Tems.

Showing off his plaques, Sunday Are appreciated the singer for making the evergreen record.

He noted how he can’t stop appreciating media houses who supported his musical career.

Sunday Are didn’t fail to give a shout out to Wizkid’s fans, Wizkid FC.

“Thank you @wizkidayo and @temsbaby for making this great evergreen record, can’t stop thanking all the media houses all over the world for supporting good music and also a big thank you to Wizkid FC”.

Nigerians noticed that the Manager’s office wasn’t befitting for someone in his status, and at such they took to social media to mock and drag the singer.

christy_dinma_ : E be like say our star boy no too show love ooo

otunba_seafood : Fake life too much for wizkid, and wizkid still but am Lexus jeep, instead of changing his office

taozeefwesh : Mr Are abeg make u try reason ur Oga to tush up ur office for una Haba…wen no b radionic office