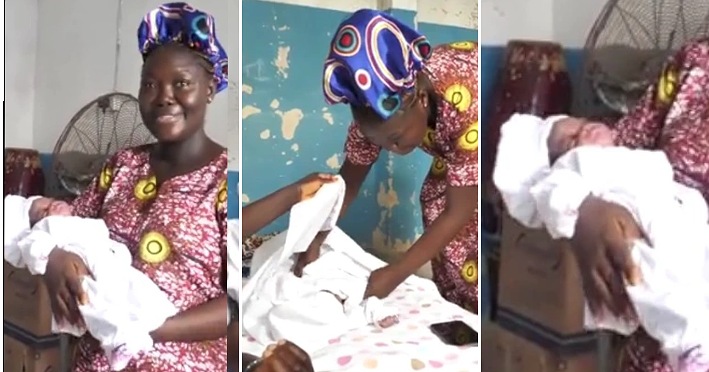 A Nigerian woman who was pregnant for six years has shared her heartbreaking experience in an exclusive interview.

The 37-year-old woman whose name is Taiwo Lawal told LegitTv that after tests that confirmed that she was three months pregnant, she dreamt of being shot in the stomach.

She revealed that this dream became the turning Point of her life as she began feeling pains that displayed symptoms of miscarriage. She ran some more tests that confirmed her void of a child.

Yet, Taiwo still felt something inside her. Her stomach protruded but she failed to conceive a child after nine months.

After joining prayers at her church,she was filled with hope again and showed signs of labour. Yet results at the hospital came out negative.

Filled with faith she started praying again. In late December her stomach began protruding again and she started vomiting, obvious signs of pregnancy she mistook for malaria.

This time test at the hospital came out positive and scan showed that she was to have a girl child. She was delivered of her girl on May 11th.