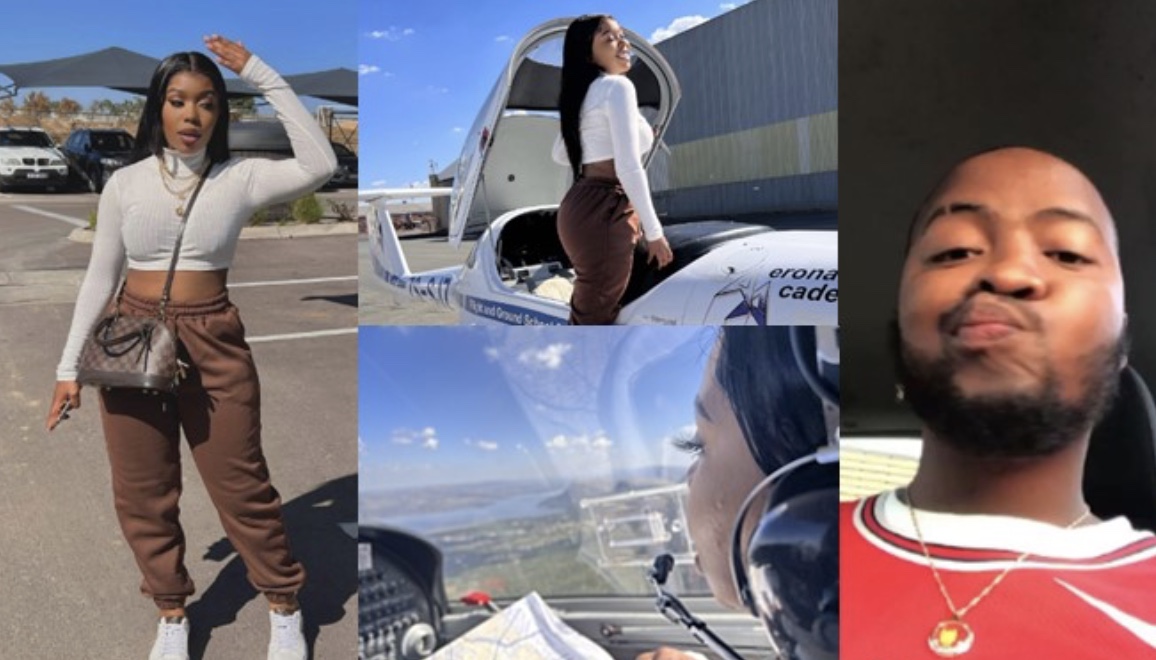 A young man simply known as Sammy has demonstrated the extent he can go to show his lover that she means a lot to him.

They recently marked their one month anniversary of being in a relationship and he decided to take her on a flight to celebrate the special occasion.

If your girlfriend steals money from her parents to give…

‘Being a girlfriend is not an occupation’ – Reno Omokri to…

He seems to have chartered the plane from a flight training school as the name on the craft suggests that it belongs to an aviation academy.

The guy identified on Twitter as @sammy_saucee flew his girlfriend on a private plane so she can have a bird’s eye view of how beautiful the world is.

He shared photos that showed her getting on the plane and hitting the airspace together with him.

”For our one month anniversary, i took my baby for a flight,’‘ he captioned the photos.

for our one month anniversary, i took my baby for a flight. 🥺❤️💍 pic.twitter.com/YJIA7OHHid

Groom stops dancing, storms out in anger because wedding guests were spraying him 50 Naira (Watch video)