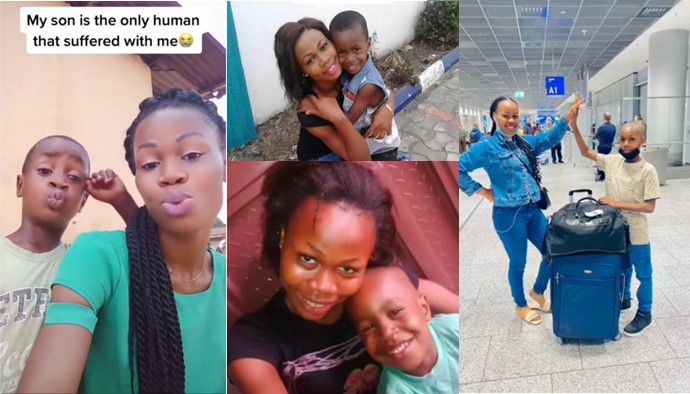 A young mother who had recently jetted her little son abroad to reunite with her after six years apart has told the story of their tribulations, saying it is too long to recount in one day.

Sources reveal that the woman had reunited with her little boy days ago after she relocated to France in 2016.

The excited mum shared a clip of the heartwarming moment she met with her son after they had been apart for son long.

Recounting her story, the lady revealed that it had been extremely difficult for them when they were still residing in Nigeria.

Nigerians react as woman rolls on floor in jubilation after…

According to her, the little boy had really endured a lot with her while they were still in Nigeria and deserves a lot from her.

In one of the video she shared, she and her son had had to sleep in uncompleted buildings and there were moments they had to go hungry for days.