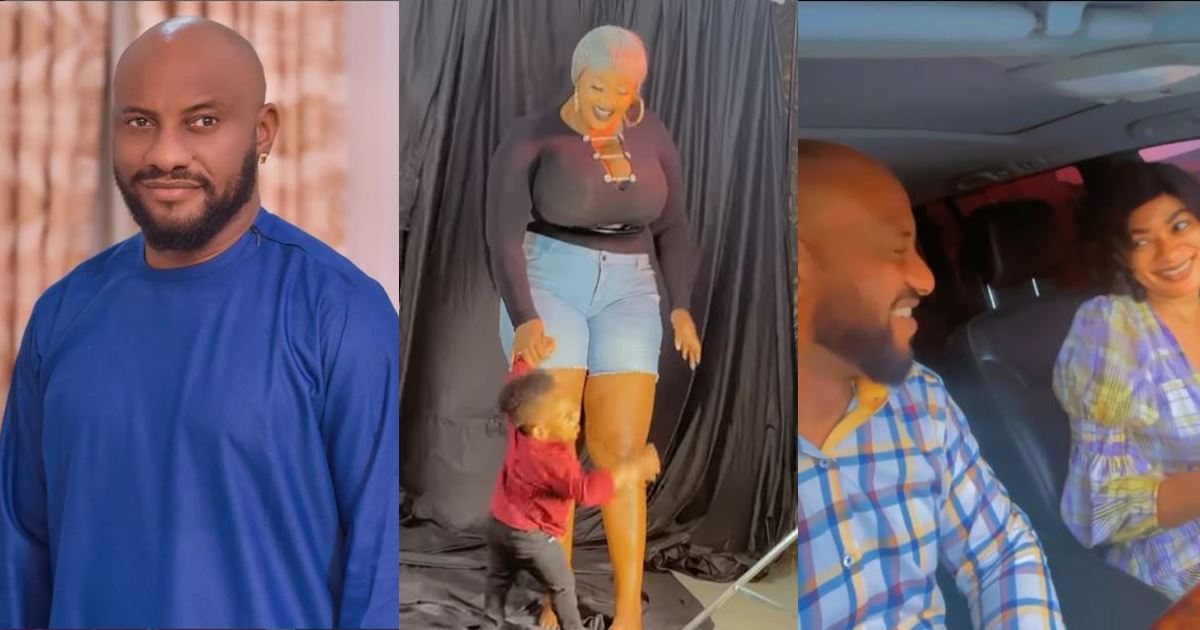 According to reports, popular Nollywood actor and director Yul Edochie is planning a new prank on his post about his second wife and their child.

Gistlovers, a controversial Instagram blog, revealed this via a post in which it revealed that the Edochie family is fully behind this plan and is currently begging his first wife, May, to join in.

This comes after the actor recently shared a video of himself and his first wife, May, having a “fun moment.”

“Hello tueh tueh, update, Yul and him family had a meeting and they are trying to come out to debunk the gist of the second wife say na prank, don’t fall for it, don’t, the family said he needed to save the name they have built over the years, they are begging the first wife as we speak, if them come out debunk, just know it’s all planned. I come in peace.” 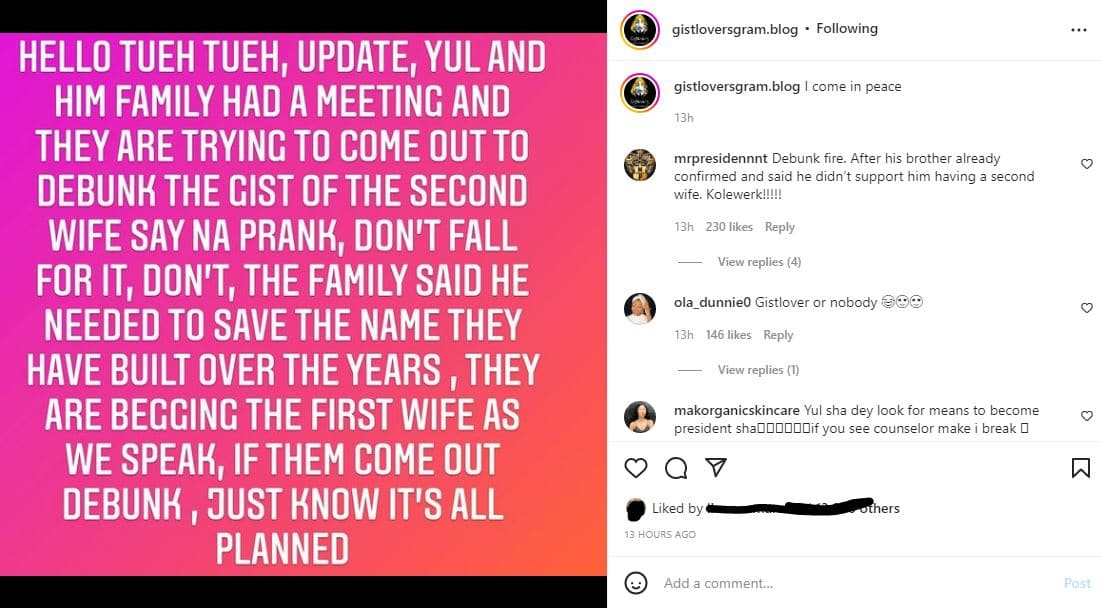 ‘I will love you forever’ – Tonto Dikeh tells Genevieve Nnaji

Doctor who was allegedly sent by Apostle Suleiman to kill Stephanie Otobo, speaks out