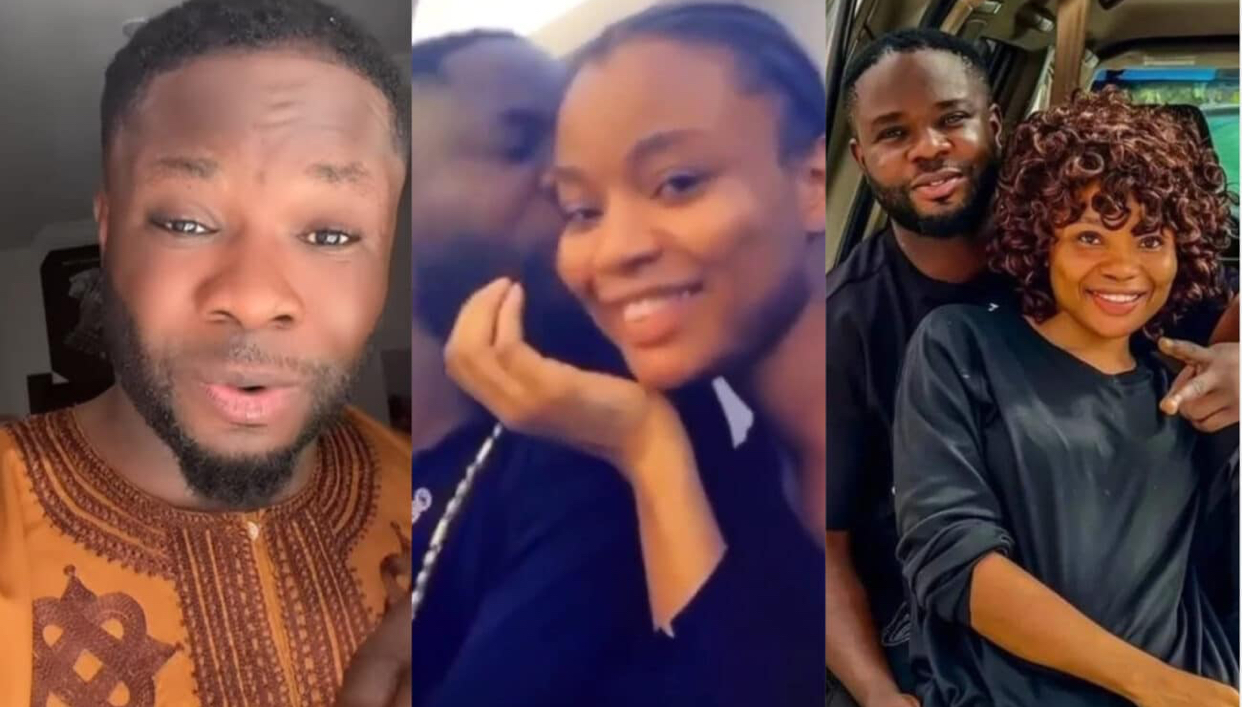 Ibrahim Yekini, better known as Itele d icon in Nollywood, has reacted to reports of his alleged affair with another Nollywood actress.

The actor, who was previously linked to actress Temitope Solaja, is rumored to be dating actress Adebanke Adeyeye, also known as Debankee.

Faceless blogger, Gistlover alleged that Debankee has been uploading intimate videos of her and the actor which Temitope Solaja got wind of. Temitope had cautioned Debankee from the actor especially knowing that she also dated him and only left hil because Itele’s wife had got wind of their romance and had threatened to kill herself.

However, Debankee rejected Temitope’s advice and fired back at her and things escalated between the two.

“Hello tueh tueh otun ti zeh oooo, una see wetin prick go cause Ehn, prick sef no go fit settle the matter all these Nollywood gehs with married men Na like 5 & 6 set awon small paps so na like this the matter take happen Temitope Solaja and Actor Itele been dey knack, the news cast gan them wey be say Itele wife later hear about the matter wey that one begin dey cry if tope no leave her husband she go commit suicide, naso Itele and Tope end their relationship them ooo (not sure if they did sha) long story short tope solaja Sha relocated to the US and was doing pretty fine with her life ooo, not until recently wey one of tope friend, another actress upload video of herself and Itele in one tight corner naso tope see am come vex oooo, she come challenge the girl say why you Dey do his kind thing, you know say this guy na my ex, why the lovey dovey with him? Shey na like that I dey do with your own Ninalowo or Joseph Joromi ni, apparently there has been news say Na Itele new catch be this Debankee girl and people been dey talk am for back, but posting that kind video further confirms it for Tope naso the matter turn yam pepper scatter scatter ooo, wey Tope carry the screenshot give one of their mutual friends come report the matter to that one, naso that one send am to another person, like like play the matter don finally reach headquarters ooooo, wetin men want? Una get fine wives for house still dey carry aide hen up and down so as Tope expect say Devankee go apology but instead that one fired back naso them begin drag themselves like yamaha generator (I pass my neighbor) me I Sha dey wake with my two left legs that day naso, I see tope solaja status ooo wey she dey rant like rantata naso I screen record am oo before you know it’s I begin dig like digging deep then fiam, I got the genesis of the wahala from my findings ooo, all these olosho parading themselves as Actress and ruining homes, wetin be una gain gangan?? Baba Latin be like una no dey check this people well before una bring them in, wonti fi obi ati oko da industry run oooo, egbawa ooooo”.

Reacting to the news, Itele took to his Instagram page to share a video of himself viving to a Muslim song.

“Anyone who wants me dead, they and their family wouldn’t be able to use their glory.

Anyone who wants to off my light, wouldn’t be able to as it is the light of God”.

This isn’t the first time the actor has been accused of cheating on his wife.