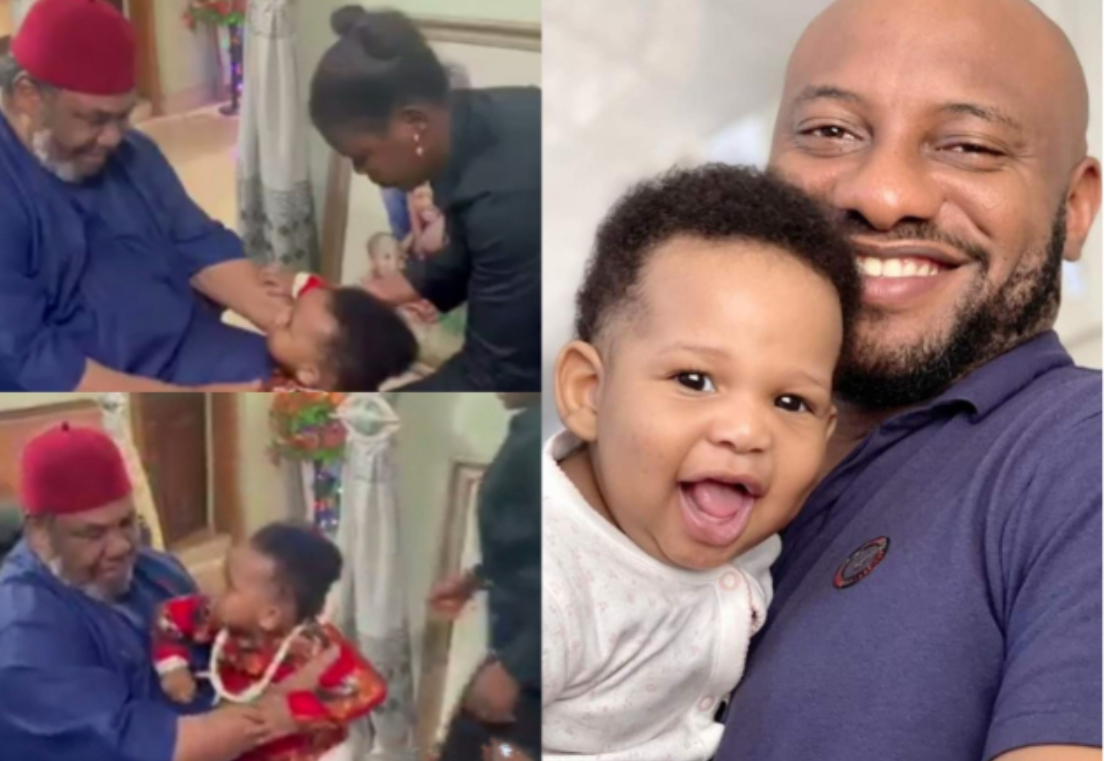 Yul Edochie, a Nollywood actor, got social media buzzing when he shared a video of his family’s visit to his father Pete Edochie’s home.

Yul broke the internet on April 27, 2022, when he shared photos of his new baby, Star Dike Edochie, with his side chick turned second wife, Judy Austin.

However, in the midst of Yul’s second marriage, veteran actor Pete Edochie has remained silent on the subject.

Just recently, Yul Edochie and his 1-year old son paid a visit to his father’s house and the movie star couldn’t help but share the adorable moment on his facebook page.

In the video, a very cute grandfather-child moment was captured as Pete Edochie held his grandson. Yul was also heard at the background communicating with his dad.

Captioning the video, he wrote;