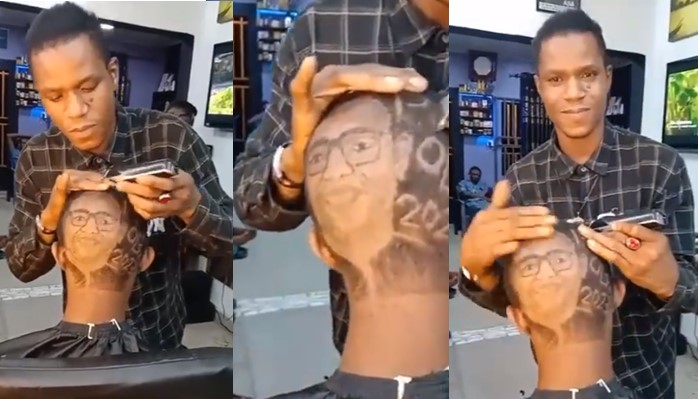 A talented barber has gone viral after flaunting his amazing barbing skills. 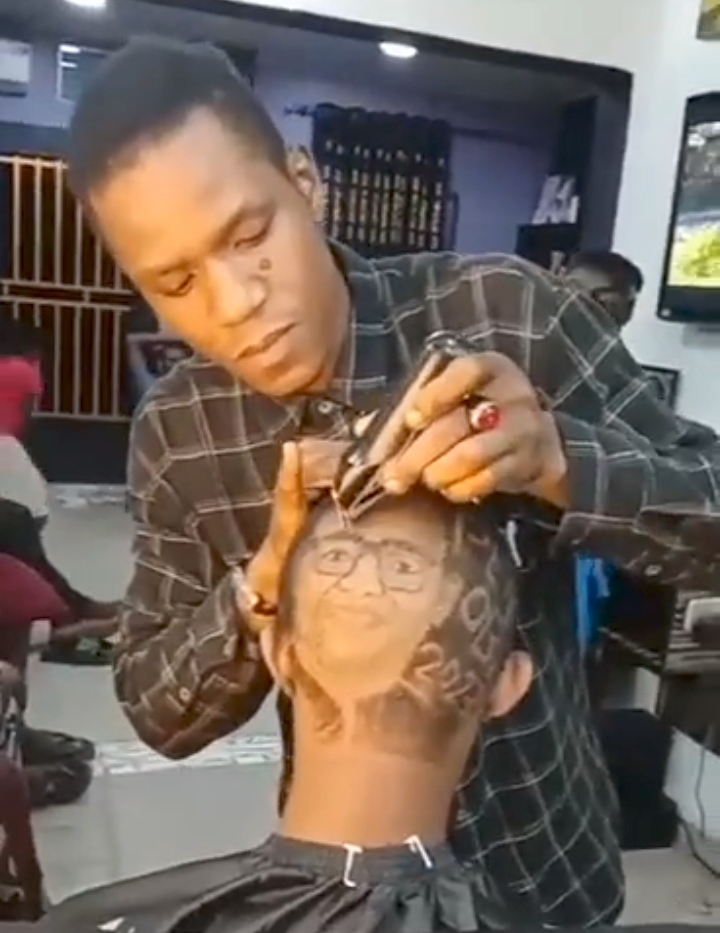 The young barber has utilized his talent to show his strong support for his presidential candidate.

The 2023 election is drawing ever closer and young Nigerians are utilizing their various skills to show their support for their chosen candidate.

The barber carefully and expertly carved the face of Peter Obi on the hair of his customer whom, as it appears, is equally a supporter of the presidential candidate.

After carving Peter Obi’s face, he added alongside it, an inscription which proclaimed, “Peter Obi 2023.”

Social media users who are impressed by his show of support for have lauded the young man’s amazing barbing skill.

Watch the viral video below: