Bobrisky dragged as alleged owner of his N400m house is revealed 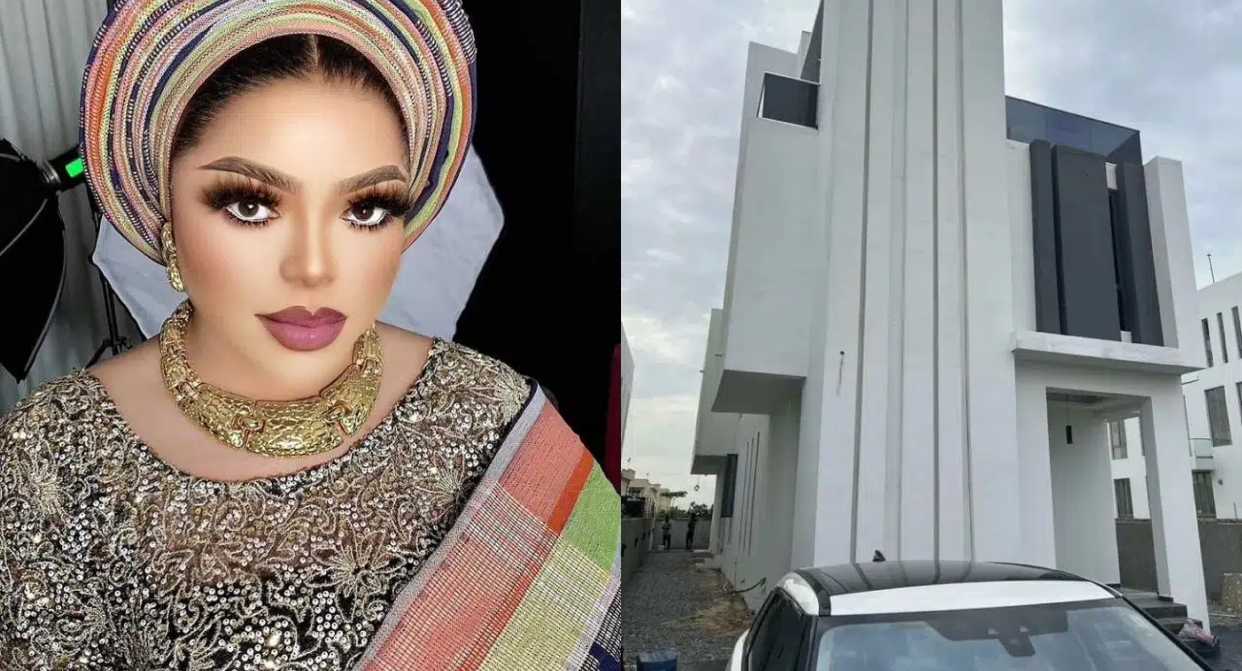 Bobrisky, a popular crossdresser, has been dragged into filth after the alleged owner of the house he had unveiled as his was revealed.
Recall that the socialite threw an extravagant housewarming party yesterday, June 19, to celebrate the unveiling of his multimillion naira mansion.

bobrisky The popular Instagram blog Gistlover, however, has revealed that the house does not belong to the crossdresser.

According to the blog, the house belongs to a man named ‘Federal,’ who also happens to be Bobrisky’s best friend.

Pretty Mike dragged to filth for blasphemy over appearance…

According to one of Gislover’s sources, this ‘Federal’ is on the EFCC’s radar and has been living in South Africa.

To give more credence to their claim, Gistlover has added that because the whole housewarming thing is a hoax explains why most celebrities didn’t repost to congratulate Bob.