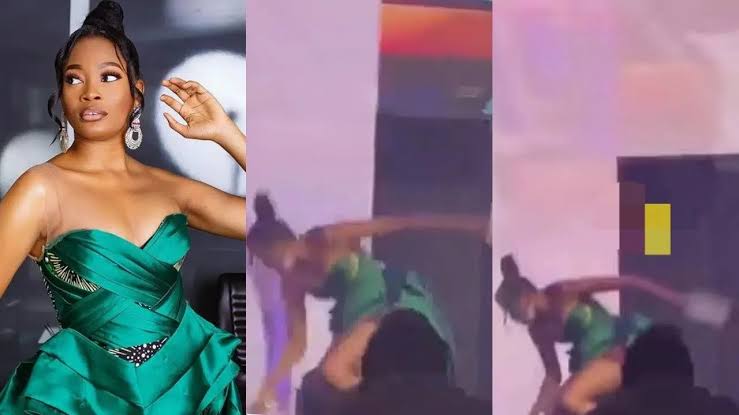 A viral video shows the moment popular comedienne Bukunmi Adeaga-Ilori, better known as KieKie, fell off stage during a performance.
The incident is said to have occurred during the 2022 Trendupp Awards, and it has caused concern among social media users.

The actress/comediane, bedecked in a green gown, had horrifyingly fallen off stage while performing during the event.

Some speculate that she tripped when she stepped on her long, overflowing gown, which appears to be quite long.

“A married man tried toasting me in his wife’s… It is currently unknown whether the actress sustained any serious injuries as a result of the fall; however, netizens have expressed concern for the comedienne’s well-being.

Watch the video below to learn more;