Flavour’s adopted son, Semah is all grown up (Photos) 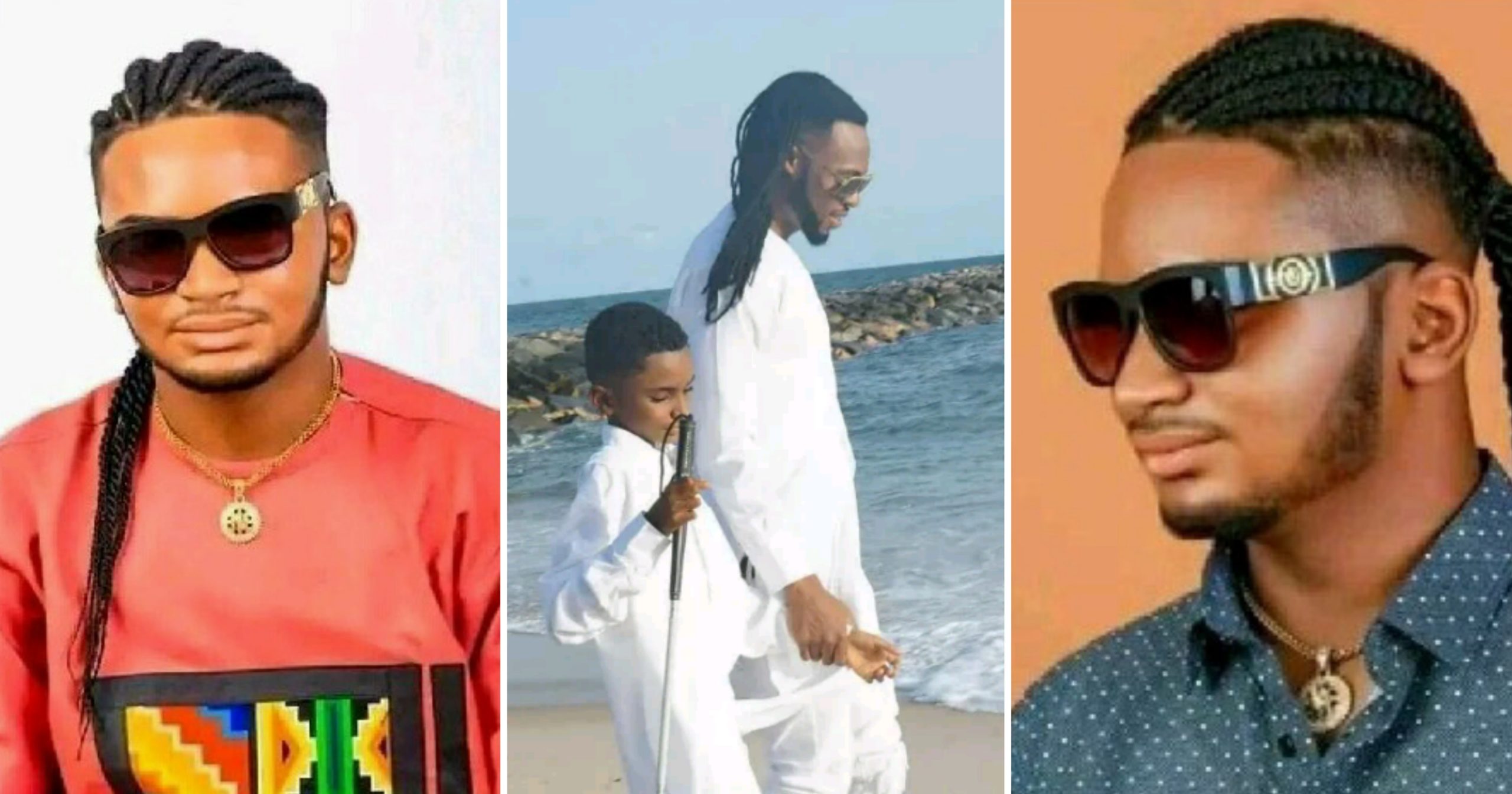 New photos of Semah G weifur, the blind Liberian singer who was adopted by Nigerian artiste, Flavour has surfaced on social media. The young man grew up so fast.

Semah was reportedly born visually impaired into an extremely poor family in Liberia, and was surviving with the help of Monrovia-based NGO, Christian Association of the Blind (CAB).

Flavour reportedly gets N1.2bn for his biopic on Amazon…

Recall that Flavour had discovered him in Liberia in March 2017 and the singer has been involved in his life ever since. He adopted him afterwards three years ago.

Although Semah was born blind, his desire to be a gospel artist only grew stronger. He was later able to fulfill his dreams with the help of the Nigerian musician.

Flavour and Semah released a gospel song titled Most High which turned out to be a massive hit.

The duo are very close. They perform and take tours together and Semah even plays with flavour’s biological children.