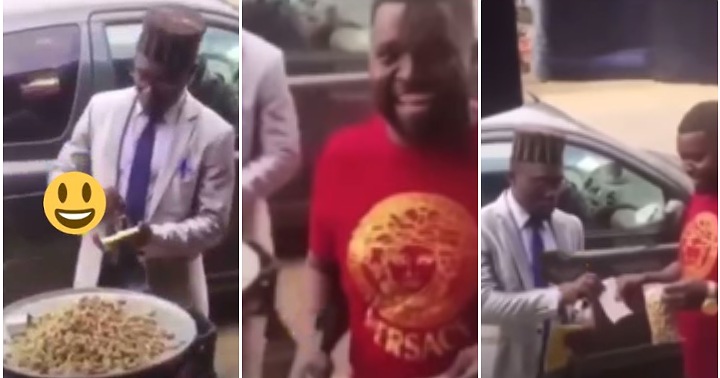 A groundnut seller has stirred alot of reactions among Netizens after he was seen rocking his suit while hawking groundnuts.

Not only did he rock his suits, he also went as far as issuing receipts to his paid customers.

This has stirred alot of mixed reactions among Netizens and Nigerians at large and some named him “Groundnut seller of the year”, “serious market” to mention but afew.

Others simply admired his approach and how serious he took his business.

@sheddi_bankz You will never forget him.

@kelechinwoko Another smart packaging mogul. Life na all about packaging.