Her boyfriend called to threaten me – Filmmaker calls out Ada Ameh 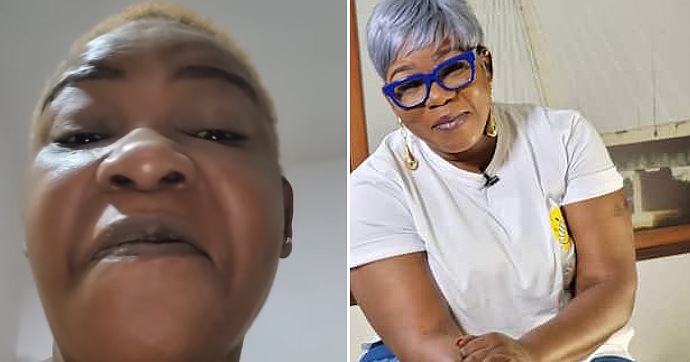 Veteran Nollywood actress Ada Ameh has been called out by makers of the unreleased movie, Fatboulous which she was set to feature in.

Recall that few days ago, the actress had taken to social media to post a video announcing that she’s dealing with mental health issues and a company has sued her over breach of contract.

However, a statement from the company which was shared on Instagram says a totally different story.

Actor Itele breaks silence as his secret affair with…

The filmmakers expressed shock on seeing Ameh’s social media call-out, adding that she refused to reveal details of the breached contract. Ameh was also called out for being a bully and blackmailer and for trying to take advantage of the young filmmakers.

I have been inundated in the last 24 hours by calls and messages from different quarters following an Instagram video by the respected Veteran actor, Ada Ameh who claimed that she had been sued by a film production company whose contract she breached. As in my usual character, I would not have seen a reason to write this if not for a call I received from one Mr George this morning who introduced himself as Ada Ameh ‘s boyfriend. The call was laden with insults and many subtle threats which was his way of responding to a 14 day Notice of Demand from our Lawyer after Adah Ameh refused to show up for the shoot of our film, FAtBULOUS, which she had been fully paid for.
We contracted Ada Ameh on the 10th of May 2022 to participate in our film shoot as a cast, which was to take place later that month in Benin City. She signed our contract form and was fully paid for the job. Her hotel suite was booked, her flight tickets were also paid for and sent to her. She was to arrive Benin on the morning of Friday, May 27th 2022, with the first flight. i was shocked when our logistics officer told me at about 8am that day that when he went to pick her from the airport, he called her and she told him that she was not on the flight . It was unsettling as we had already scheduled some of her scenes for that day including a weddins scene where she was to play a major role. Later that day, she requested that another flight be booked for her. We agreed . We were more than shocked however when about an hour after she received the ticket of the 2nd flight which was for 3:15pm, she called that she was no longer coming for the shoot. No reason was given for her refusal to come.

In the confusion, we had to strike our set for the day and rescheduled all the shoots.”