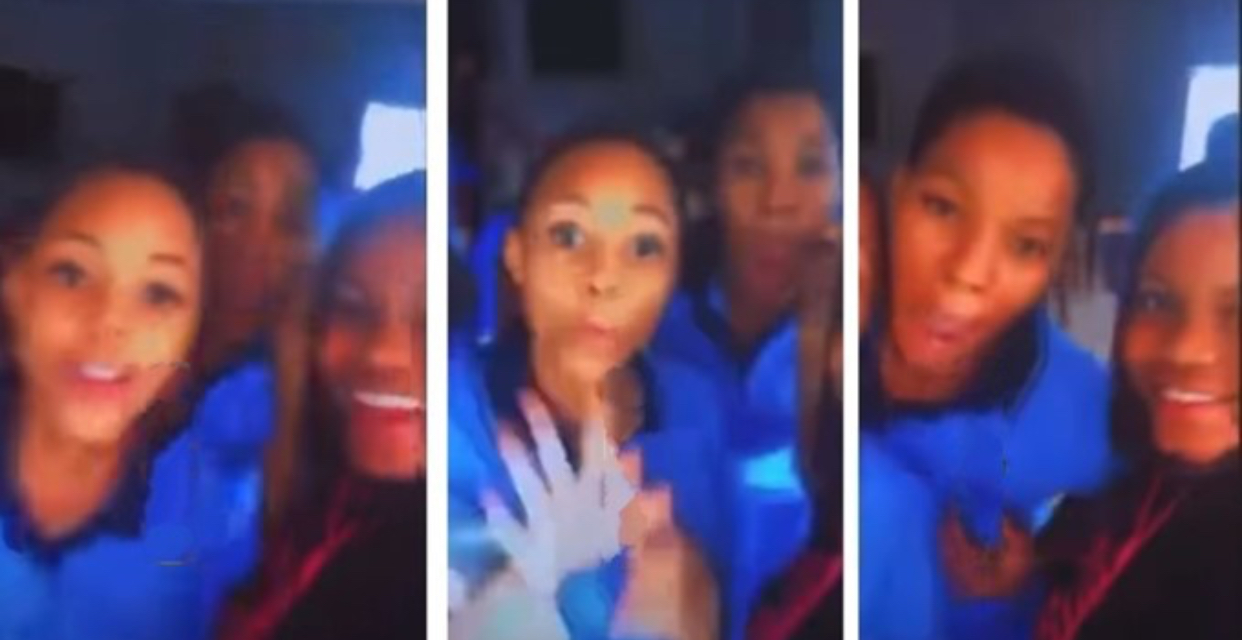 Secondary school girls who recently completed their WAEC exams have warned older ladies to be watchful of them.

They warned the ladies not to let go of their boyfriends now that they had completed secondary school.

The SS3 girls, dressed in their school uniforms, boldly declared in a viral video that they are coming to displace the older generation of women.

Lagos girls accused of sl**ping with dogs for ₦1.5 million

In other news; According to People Gazette, Bola Tinubu, the presidential candidate of the ruling All Progressives Congress, has told the electoral commission INEC that he did not attend primary and secondary school.

The former Lagos governor, on the other hand, claimed to have two degrees from two American universities, which he claimed were stolen by unknown soldiers during the 1990s military junta.