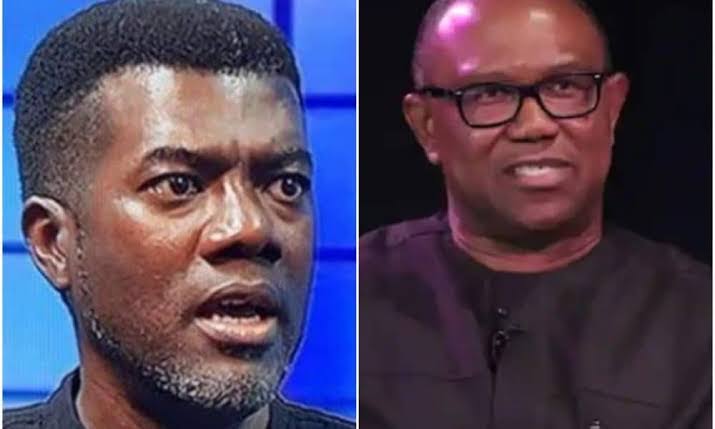 Reno Omokri, a Nigerian politician and sociopolitical commentator, has recounted how Peter Obi, the Labour Party’s presidential candidate, allegedly lobbied him to become Atiku Abubakar’s running mate in the 2019 presidential elections.
Reno, who made the revelation via his verified Instagram account, claimed his decision to spill the secret was prompted by recent insults from Ob’s supporters.

Noting his disappointment in Obi, who he claims is quiet while his supporters insult him, the socio-political commentator recalled how he, Peter Obi, and the Peoples Democratic Party presidential candidate, Atiku Abubakar, met in Dubai to discuss the 2019 general elections.

“In my life, have never been insulted the way Peter Obi supporters insult me. Yet, this same Peter lobbied me when he wanted to be Atiku’s running mate in 2019. I supported him. Yet, he watches as his people insult Atiku and I. Nobody knows tomorrow.

“It is not even the Peter Obi supporters behaviour that appals me. It is Peter himself that I am disappointed in. Even Tinubu’s people are not insulting Atiku the way his supporters are. The same Atiku that chose him when even his own Governor swore that he will never support him? When Southeast Governors insisted that they did not want him.

“This photo was taken in Dubai in 2018, when HE Atiku hosted Senator Ben Murray-Bruce and I. Both of us carried Peter Obi’s matter on our head. One penny we did not collect from him. He is alive. Ask him. We just believed that he was the most qualified to be on the ticket. Like I said, nobody knows tomorrow!”