“I want to ride from Lagos to Israel, my destination is Everest” – Biker, Kunle Adeyanju prepares for next journey 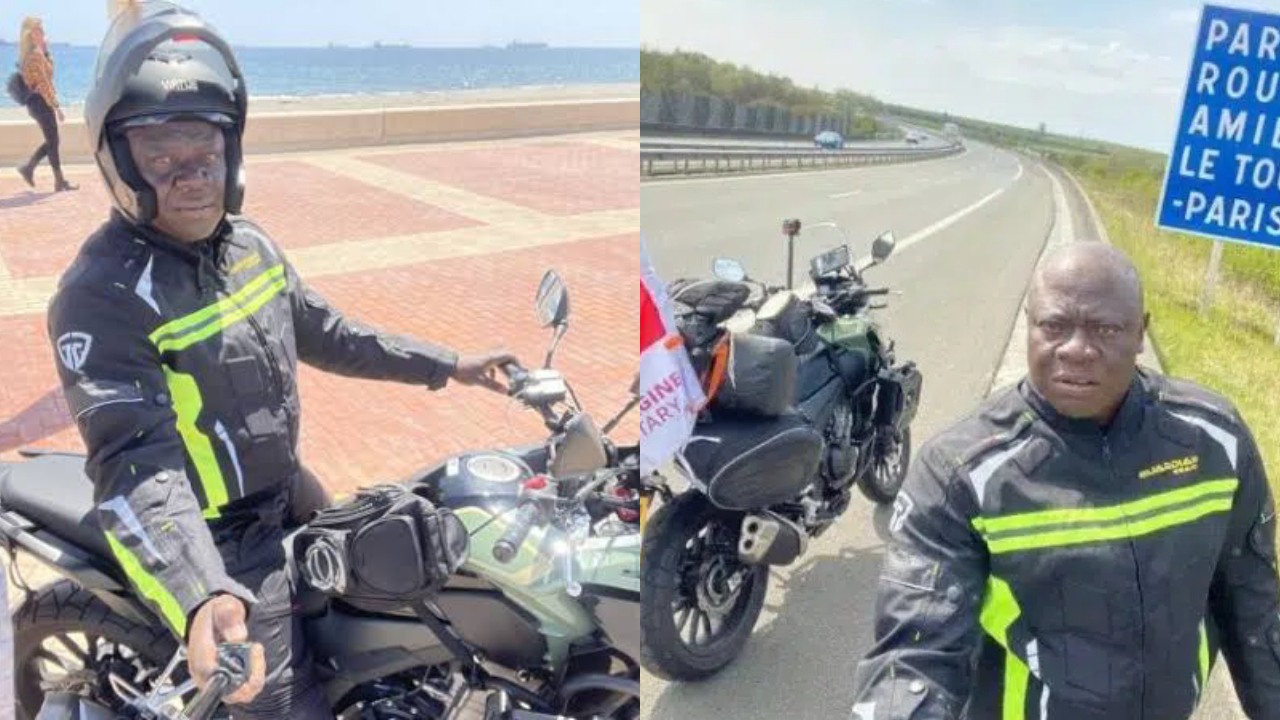 Popular adventurer, Kunle Adeyanju has disclosed that he’s set to hit the road again to embark on a journey of thousands of miles with his power bike.

The biker who rode his bike from London to Lagos has revealed that this time, he would be riding from Lagos to Israel; and from Israel to Tibet.

He added that he hopes to complete this mission before 2024.

In an exclusive interview with Arise TV, the adventurer recounted his experience, revealing that he had been compelled to make the journey after his friend died of polio.

He adds that he’d would like to embark on a new journey to Tibet and Everest to experience the two places which happens to be the highest plane and point in the world.

“I’m going to buy another bike and do another adventure. My next adventure is going to be riding from Lagos to Israel, just passing through Israel then to Tibet.

“Then, I actually want to ride on Tibetan plane because that is the highest plateau you have in the world. They say God lives in Tibet because of the highest purity. I want to experience that purity.

“My destination is Everest. I’m going to drop my bike at Everest base camp and try to climb Everest. That’s what I’m doing to do with myself in the next two years”