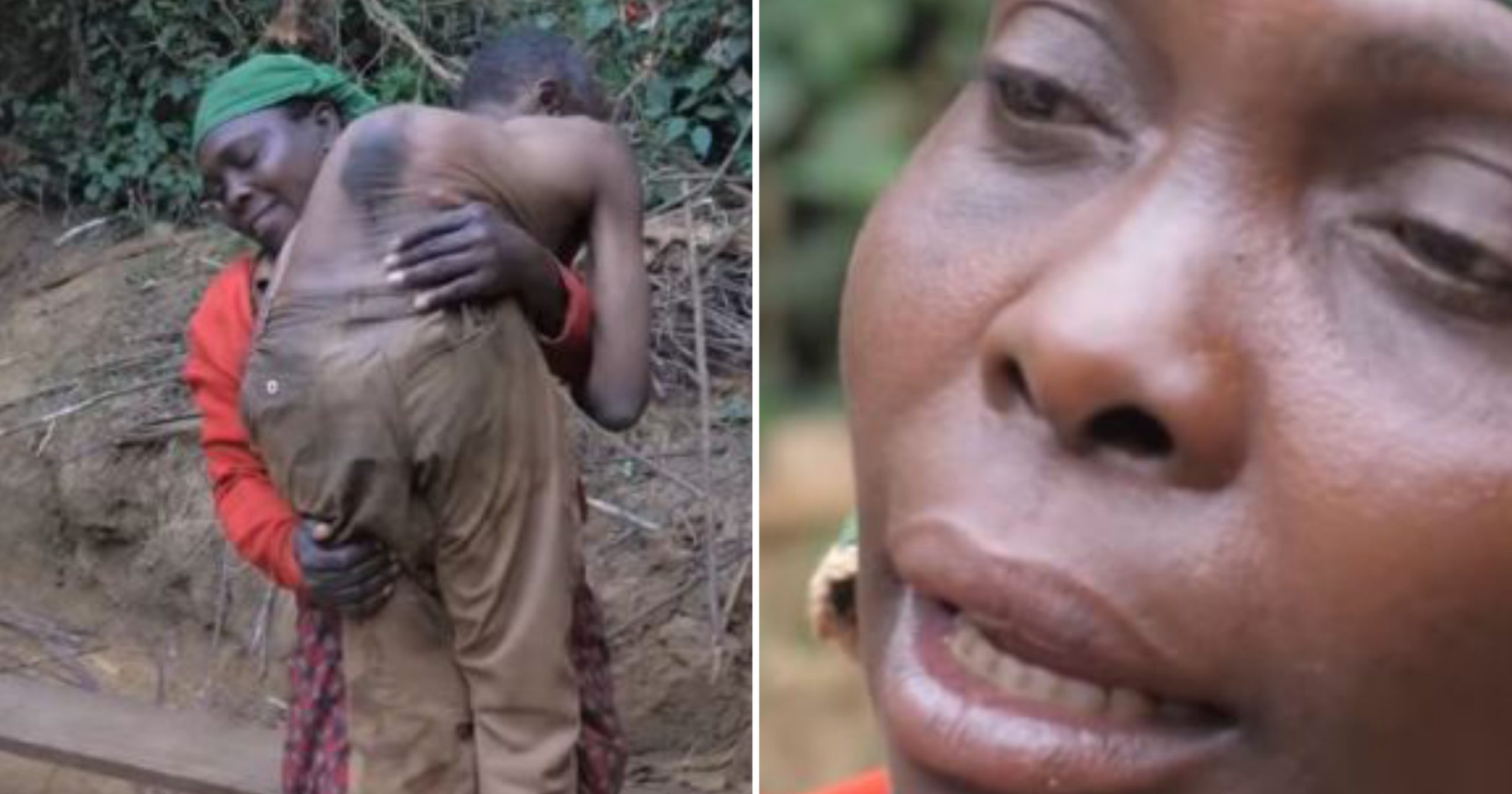 A mother of 8 children identified as Savalina whose husband, Viena suffers some sort of deformity and is currently bedridden has shared a bit of her sad story with Afrimax English.

Savalina has promised to never leave her man reveal that his health condition suddenly began on a morning when he tried leaving for work but he couldn’t owing to the fact that his body has assumed an unusual posture.

Her husband has a visible tumour on his back and on his chest which has left him incapacitated. The strange thing about his condition is that he only requests to eat porridge and without water

The lady who is finding it very difficult to cater for her Eight children alongside her bedridden husband had broken down in tears at some point in the interview.

Interestingly, despite her husband’s condition, she has vowed to stick to him till the end. She carries him about, bathes him and goes extra mile to see that she provides for him and her children.

Education for her children at this moment seems quite unachievable as they struggle to have a decent meal. Some neighbours contribute little by feeding her 8 children most of the time.

Her boyfriend called to threaten me – Filmmaker calls out Ada Ameh