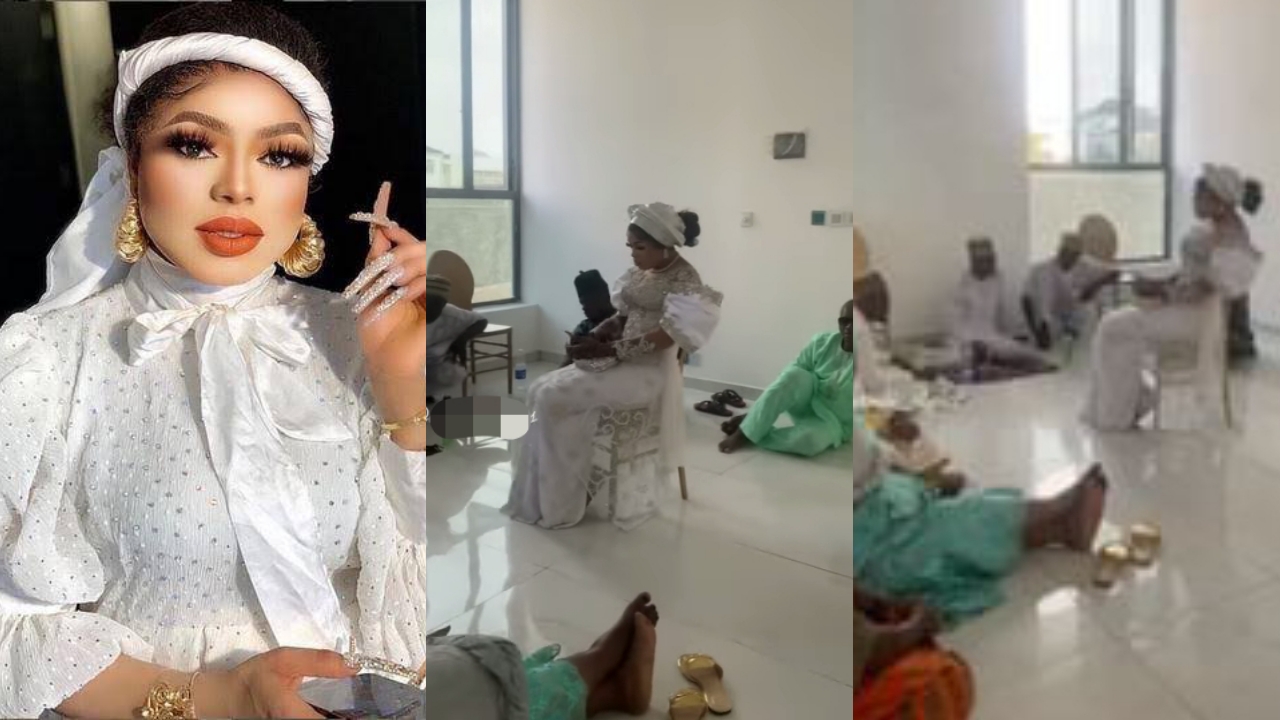 Nigerians have reacted to a viral video of Muslim clerics who went to pray at Bobrisky’s housewarming party.

Yesterday, June 19, the crossdresser unveiled his multimillion-naira mansion and hosted an extravagant celebration that has sent tongues spinning.

Some Muslim clerics who had come to pray for the celebrity were among the attendees at his housewarming party.

The human Barbie doll was seen seated in a chair while encircled by Muslim Alfas who sat on the floor to pray for his new home in a video uploaded online.

Reacting to this, Nigerians have wondered whether their religion condones what the crossdresser does or they’re supporting him and his lifestyle simply because he is rich, hence turning a blind eye to how he makes his money.