“Ladies, did she faint?” – Reactions as female corp member kneels down to propose to male corper in camp (Video) 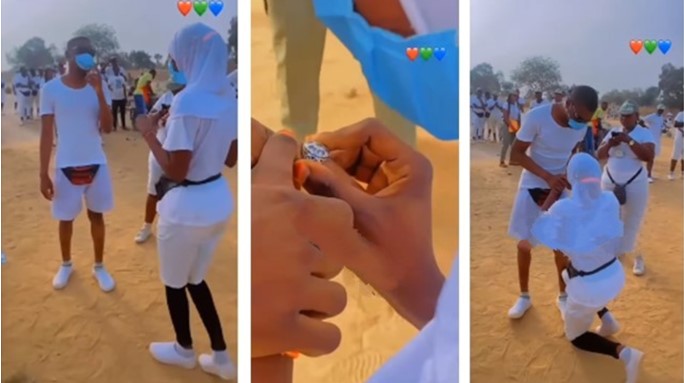 A viral video which has stirred reactions among social media users captures moment a female youth corper proposed to her colleague.

They were all in the NYSC camp for their orientation when the lady walked up to the male corper and went down on her knees to propose to him.

Although, the video seems to have been staged as other couples were also spotted shooting their own mock proposals.

The lady went down on one knee before the guy offered finger and she proceeded to slip in the diamond ring on it.

The video has sparked hilarious reactions from men who urge women to put aside their pride and propose to their men.