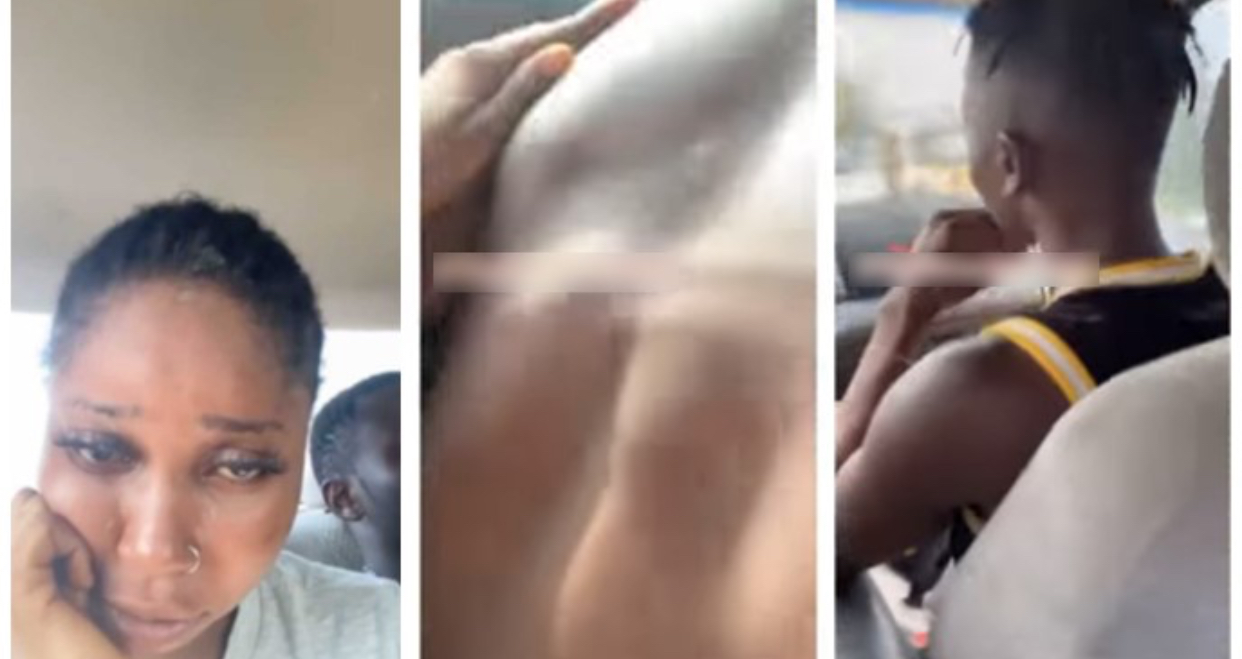 A Nigerian lady who is part of a prank crew has spoken out about her ordeal at the hands of people in Ibadan, Oyo State.

She claimed that they attempted to play typical street pranks and record them for online distribution, only for residents who didn’t realize it was all in good fun to descend on them.

They were driving back to their base in a car and the mood connoted anger mixed with sadness.

Man cries out as he ends up single after playing April…

One of the men who was flogged also showed the cane marks on his back, to prove that they are not joking about the treatment they were subjected to.

In other news; The Big Brother Naija Ex-housemate Liquorose, who was in a romantic relationship with fellow housemate Emmanuel, has revealed what ultimately drove them apart.

“When I caught him in the room with that girl, the light were off, so I walked out thinking that my so called boyfriend will be after me. He didn’t look for me or call me,” Liquorose hinted looking quite heartbroken in a short clip from their Reunion show.

Marrying a second wife brought me many blessings – Yul Edochie