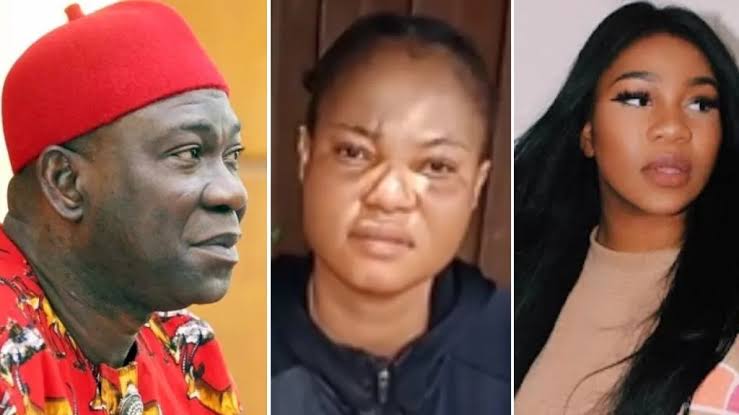 A woman only identified as Martha has stated her willingness to donate a kidney to the ailing daughter of Nigeria’s former Deputy Senate President, Ike Ekweremadu.

It should be noted that Ekweremadu was arrested in the United Kingdom a few days ago and was arraigned before a Magistrate court for alleged child trafficking and organ harvesting.

The senator and his wife were said to have flown a 15-year-old boy to the United Kingdom after reaching an agreement for his kidney to be harvested and transplanted to their daughter, who has kidney disease.

In a video making the rounds online, Martha said her decision to volunteer one of her kidneys was influenced by a dream she had.

She also stated that she does not want any money or reward, that she just wants to save the life of the senator’s daughter.