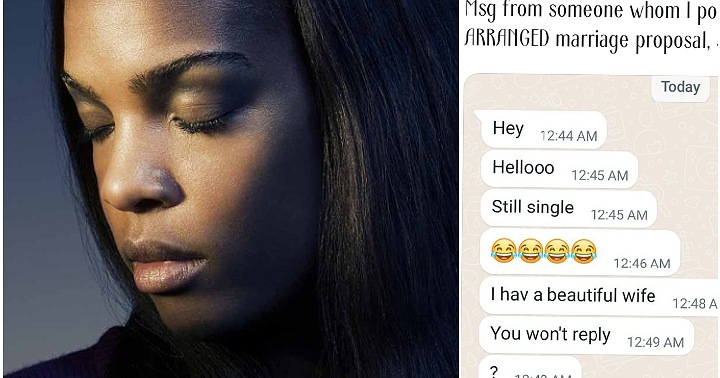 An Indian neurosurgeon identified as Supriya Chauhan with the Twitter username @neurochauhan has revealed the messages she received from a man whom she had politely declined getting married to seven years ago.

In the series of messages she received from the married man, the unidentified man wanted to know if she was finally married and if she still had an attitude. He went on to tell her he now has a beautiful wife after she rejected him.

In her tweet she wrote:
“Messages from someone whom I declined Arranged marriage proposal seven years back”

In the messages the man had written:
“Hey
Hello
still single
😂😂😂😂
I have a beautiful wife
you won’t reply
?
?
same attitude huh”