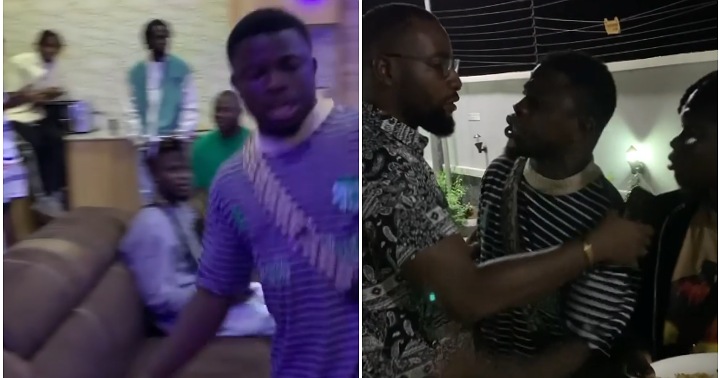 A video making rounds online has captured the moment a Nigerian man went ‘gaga’ after jollof rice finished at a party.

Apparently, the man attended a party of his friend and when he got there, he began to spray money on the celebrant.

After he was done spraying money on his friend, he went to request for rice from the cooks and was told that the rice had finished.

Policemen seen f!ghting each other over a bag in Gbagada,…

This provoked the young man who immediately created a scene and began to shout till everyone at the party focused on him.

While raging, he lamented over the fact that he sprayed all his money on the celebrant, yet they didn’t deem it wise to keep party jollof rice for him.

Nigerian man narrates how the Holy spirit saved him