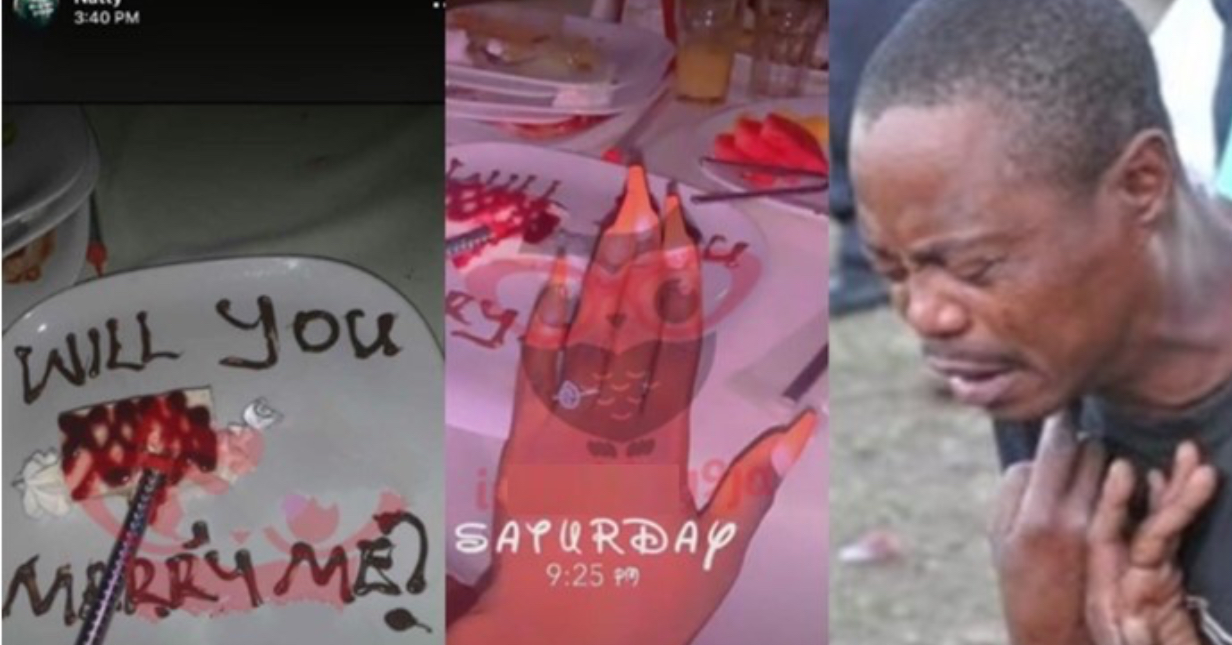 A man was heartbroken after learning that his girlfriend, whom he had been dating for four years, had gotten engaged to another man in Abuja.

He claims she did not directly inform him of her engagement, but instead posted it on her WhatsApp status, which is how he found out.

He broke down in tears while talking to a friend about it in an audio clip, and he revealed that he sent her N10,000 on her birthday only for her to surprise him by getting engaged on the same day.

He said that while they were dating, she appreciated him endlessly and gave him assurances that she would always love him. The guy shared photos he downloaded from her WhatsApp status where she flaunted the engagement ring and proposal package.