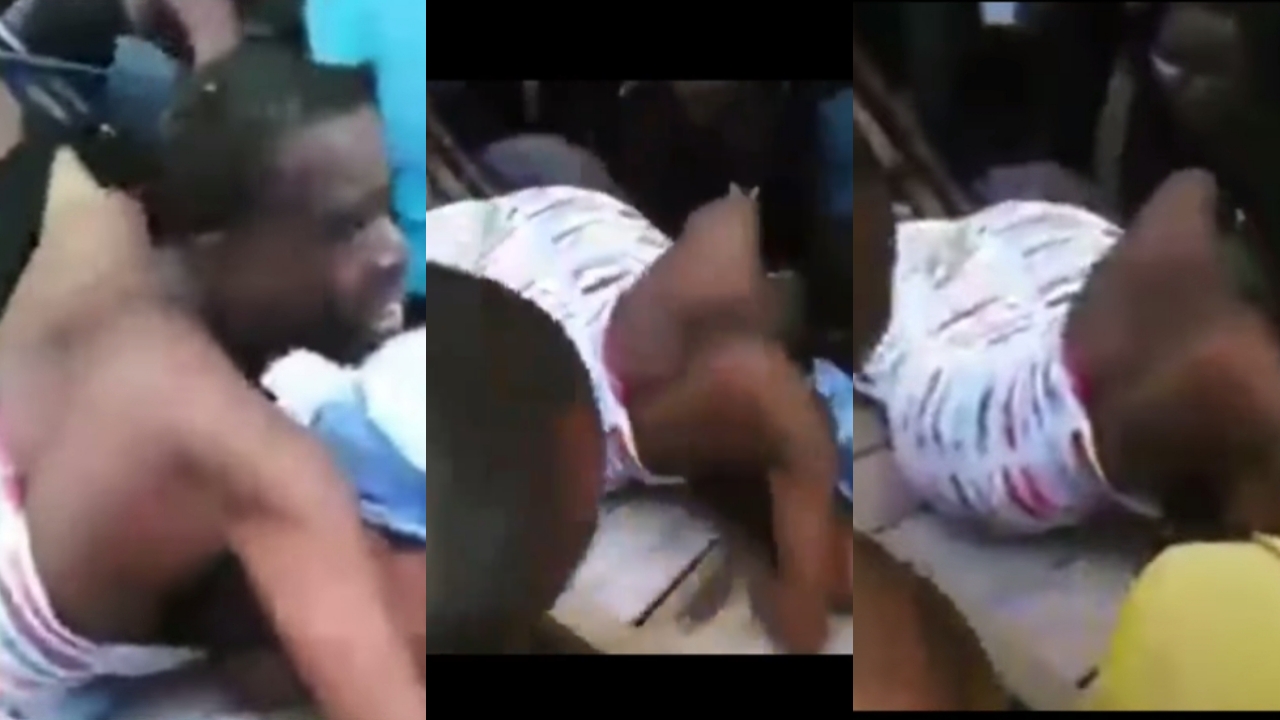 A viral video captures a married woman and her lover crying out for help after they got stuck in each other while they were having a bedroom session.

In the video making the rounds on the internet, the married woman and her boyfriend could be seen covered in bed lining while stuck to each other outside.

Crowd of residents had gathered to taunt and deride the lascivious couple after they were caught.

The viral video was uploaded by an Instagram user who has asked whether what happened was as a result of charm or medical condition.

“Got Stuck with someone’s wife while having sxx .Is this j*ju or there’s a medical explanation”

Where the shocking spectacle had occured is still at the moment unknown.