Mercy Chinwo’s fiancé, Pastor Blessed, reacts after cybernauts dug up old clip of him referring to her as his ‘Sister’ 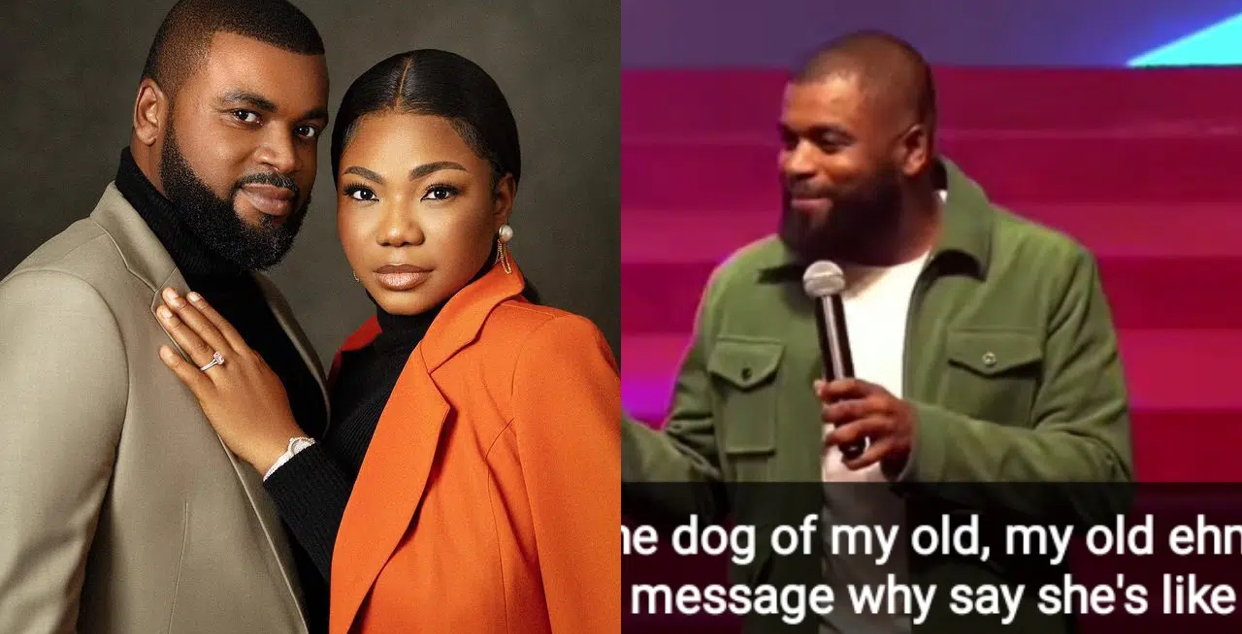 Pastor Blessed Uzochikwa, Mercy Chinwo’s fiancé, has finally responded after cybernauts unearthed an old video of him referring to Mercy as his sister.

Recall that the talented gospel singer recently announced her engagement to Blessed Uzochikwa, a Lagos-based pastor.

Hours after the announcement, a video in which he was describing the singer as his sister went viral online.

The pastor has finally reacted to the video while preaching in his church on Sunday.

Blessed thanked the individuals who has labelled as ‘online inlaws’ while citing instances in the Bible to justify what he had done.

“They dug up my old message where I said she is like a sister. Am I not a brother? She is my sister. When it is time to get married, look among the sisters and pick Who do you want to pick before?

When Mary Magdalene came to hug Jesus, he said ‘Wait, I am going to meet my father and your father’. It has turned to brotherhood and sisterhood. The kingdom is one family.

People are carnally minded. We have too many Christians that are not believers. We have unbelieving Christians.