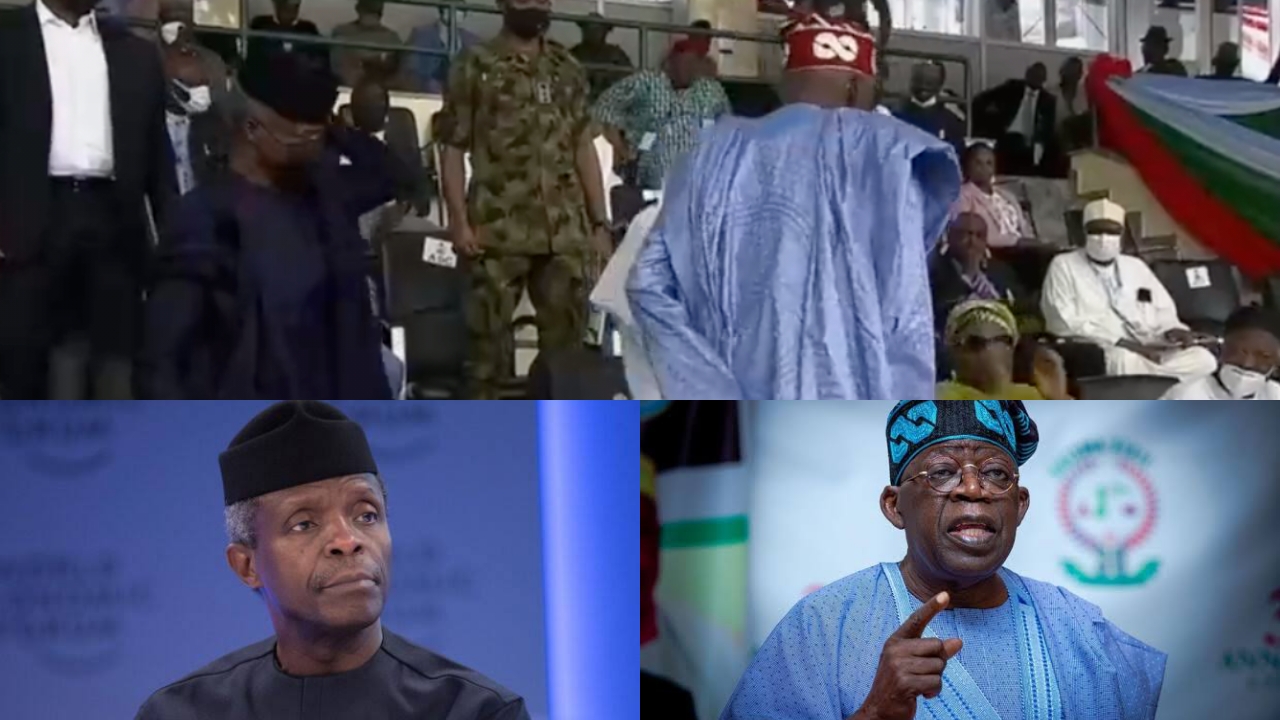 The APC presidential primary election brought the nation to a stand still as citizens and presidential aspirants alike waited with tensed silence over who would emerge the winner.

Apparently Tinubu has won the race with a very long margin ahead of his competitors to clench the ticket to represent the Party during the 2023 elections.

I didn’t attend any primary or secondary school, my…

Despite the fact that the official results have yet to be announced, Tinubu has so far received more than 50% of the votes counted, giving him a commanding lead.

While they awaited the official announcement, he visited with President Muhammadu Buhari and Vice President Yemi Osinbajo, but just spoke pleasantries with Buhari and ignored Osinbajo as if he didn’t exist.

I was a single mum with no degree, now I’m an Engineer – Nigerian lady celebrates her growth