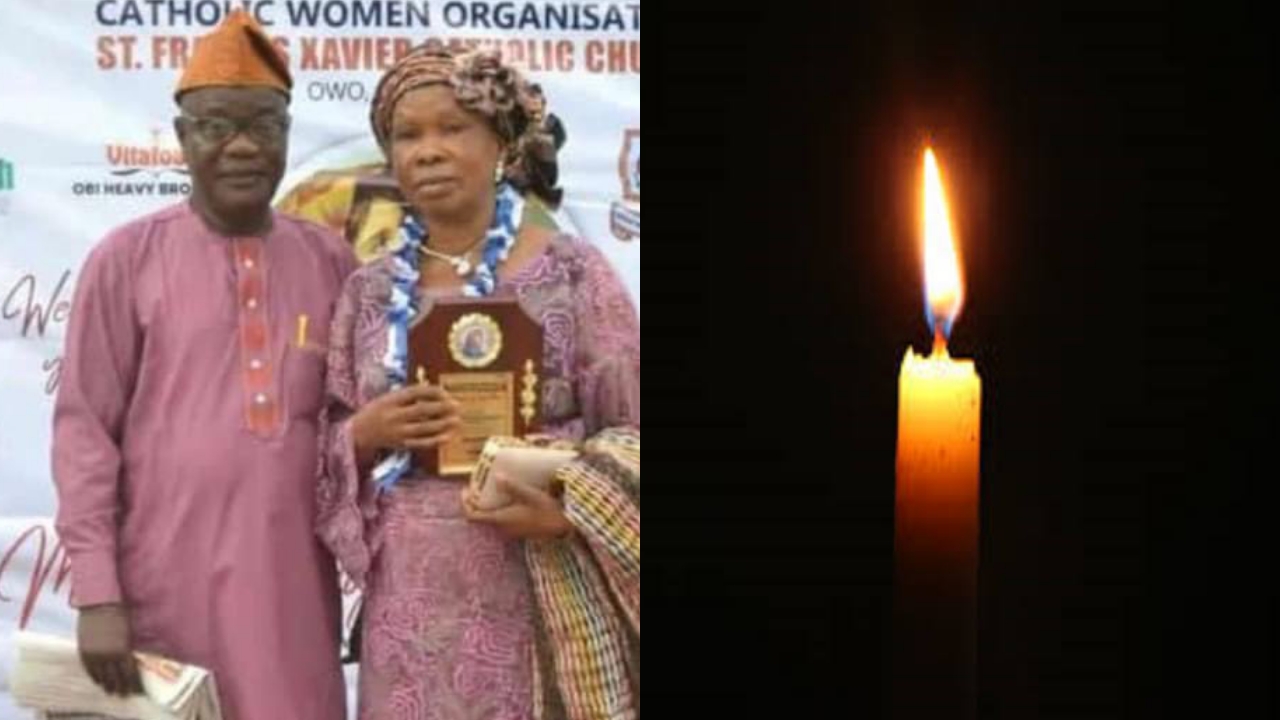 A distraught woman has cried out as she’s orphaned after the attack on the church in Ondo claimed the lives of her mother and father.

The nation was thrown into mourning after some gunmen assailed Saint Francis Catholic Church, Owa-luwa Street, sending lots of innocent lives to their early grave.

A lady, identified as Ajanaku, had lost both her parents in the deadly attack and has taken to social media to lament over the senseless k!llings.

Lady offers to donate her kidney to Ekweremadu’s ailing…

“The audacity of Nigeria to take my parents from me. I will always hate this country!!! !! It’s a promise!

To my fellow parishioners who suffered aloss or two in this. I hope we can all find the fortitude the bear this loss. We were a community of well-meaning, harmless people. Our parents worked hard for a useless absolutely detestable govt. How can Nigeria take so much from us?”

Lady whose husband infected her with H!V narrates how it made their marriage stronger