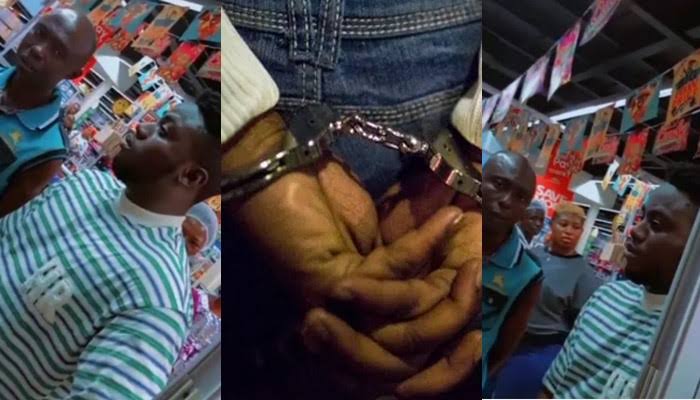 Officers from the Oyo State Police Command arrested a man for allegedly assaulting his girlfriend at a mall in Ibadan, the state capital.

A video posted online shows him storming the shopping mall on Monday, June 12 to confront his one-year girlfriend after she refused to answer his calls.

According to an eyewitness, the girl who works at the mall claimed she didn’t take his calls because she went clubbing with her friends.

She also allegedly stated that this is not the first time her man has assaulted her.

Other shoppers and mall security personnel had to intervene to prevent the man from injuring the girl further.

“Meet the pastor of the year” – Reactions as OPM G.O helps bricklayer; offers him scholarship abroad