Pretty Mike of Lagos, a popular Lagos socialite, stepped on the toes of believers with his grand entrance at Funny Bone’s wedding.

The entrepreneur, known for his outlandish appearances at major events, outdid himself once again with a Christian-themed entourage.

Pretty Mike made his entrance with a female carrying a cross while dressed risquély — a depiction of Jesus Christ on his way to crucifixion.

Rita Dominic and Fidelis Anosike to have their white wedding…

“Remember you are a mother” – Regina Daniels gets… 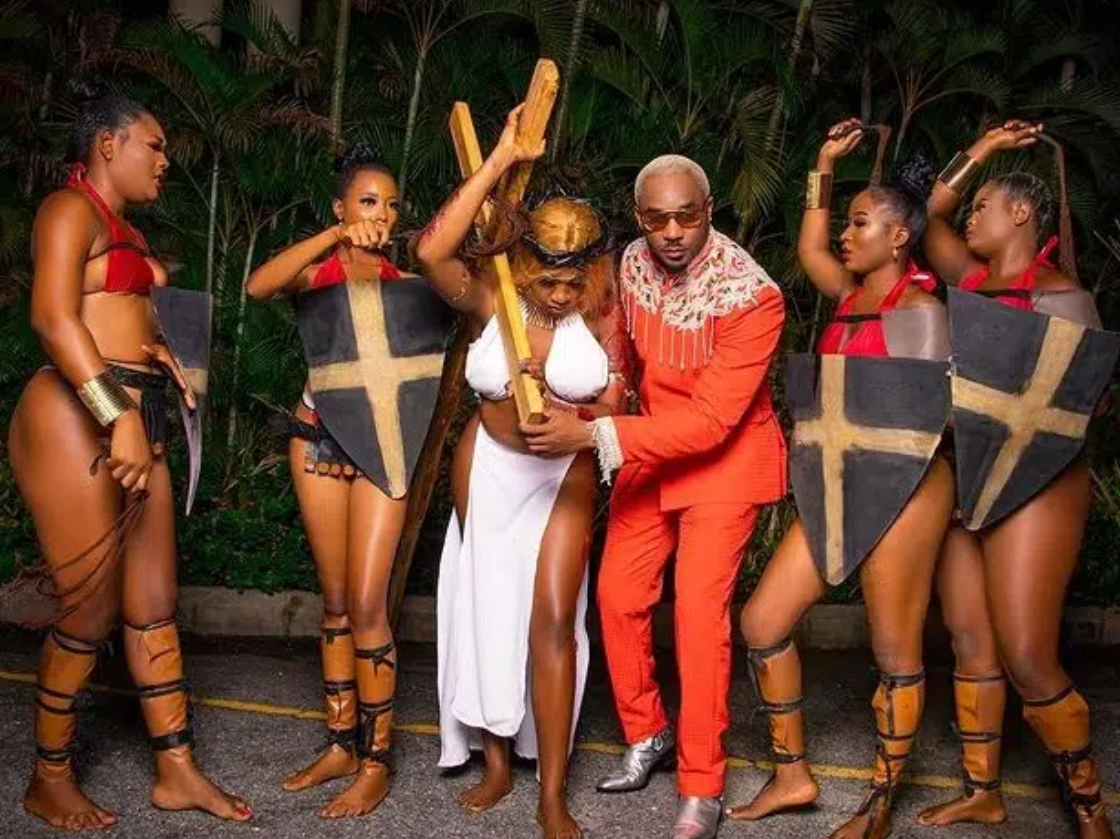 Many Christians, however, condemned him for blasphemy against Christianity because of his portrayal.

“This is very wrong and why the fuck is people finding it funny and laughing this is like taking the sacrifice of Our Lord Jesus Christ to be in vain if the show isn’t to enlighten people about the sacrifice of Jesus this is very Wrong. If it is Muslim they will find him and he will pay dearly, this is trash,” a concerned user wrote.

See some reactions below …