Priest speaks on Ondo attack, says ‘we were locked in the church for over 20 mins’ 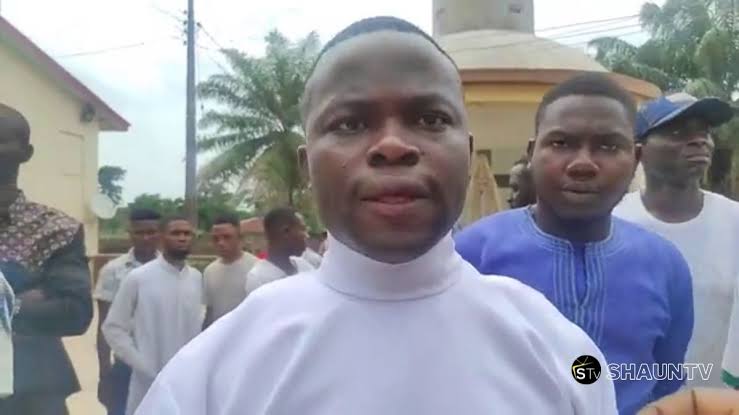 Rev Father Andrew Abayomi, one of the priests at St Francis Catholic Church in Owo, Ondo State, said the congregation had to lock themselves up for more than 20 minutes, when terrorists attacked today, June 5, 2022.

In an interview with BBC Yoruba, the cleric said suspected terrorists struck as the day’s service was about to end.

“Nigeria took my parents from me” – Lady mourns…

Many killed as bomb rocks Catholic Church in Ondo, many…

“We were about to round off service. I had even asked people to start leaving, that was how we started hearing gunshots from different angles.”

“We hid inside the church but some people had left when the attack happened. We locked ourselves in the church for 20 minutes. When we heard that they had left, we opened the church and rushed victims to the hospital.”

“These people no get shame” – Netizens react to what Yul Edochie did while second wife, Judy Austin was singing (Video)