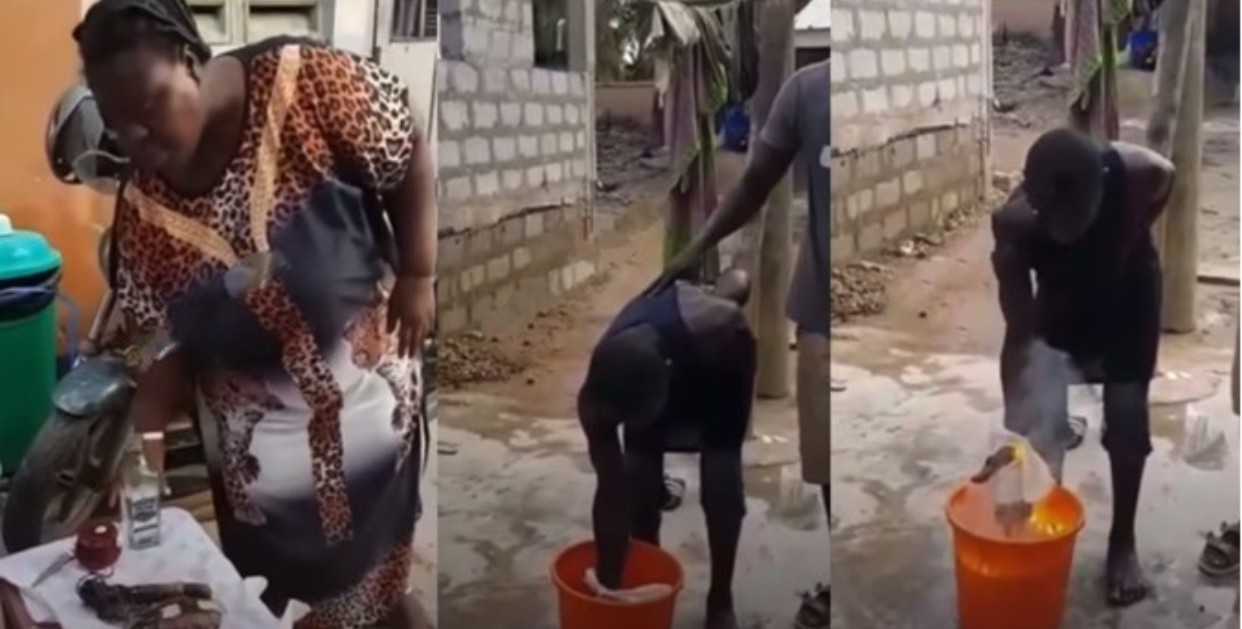 After being caught in the act, a Ghanaian priestess used a traditional method to expose a man who denied being a thief.

She used a fetish lie detector to catch the suspected thief in the presence of other Accra residents.

The lie detector was created with water, a bottle of gin and some other charms which were mixed together inside a bucket.

A white cloth was tied on the man’s right hand and he was asked to dip it inside the bucket of water, and if it catches fire, the he is the culprit, but if nothing happens, it means he is not the thief.

When he put his hand inside, it caught fire and he tried to say it must have been a mistake, but the priestess said that the lie detector has exposed him.

A man who witnessed the entire process gave the thief a hot slap on his face when he was revealed to be the thief.