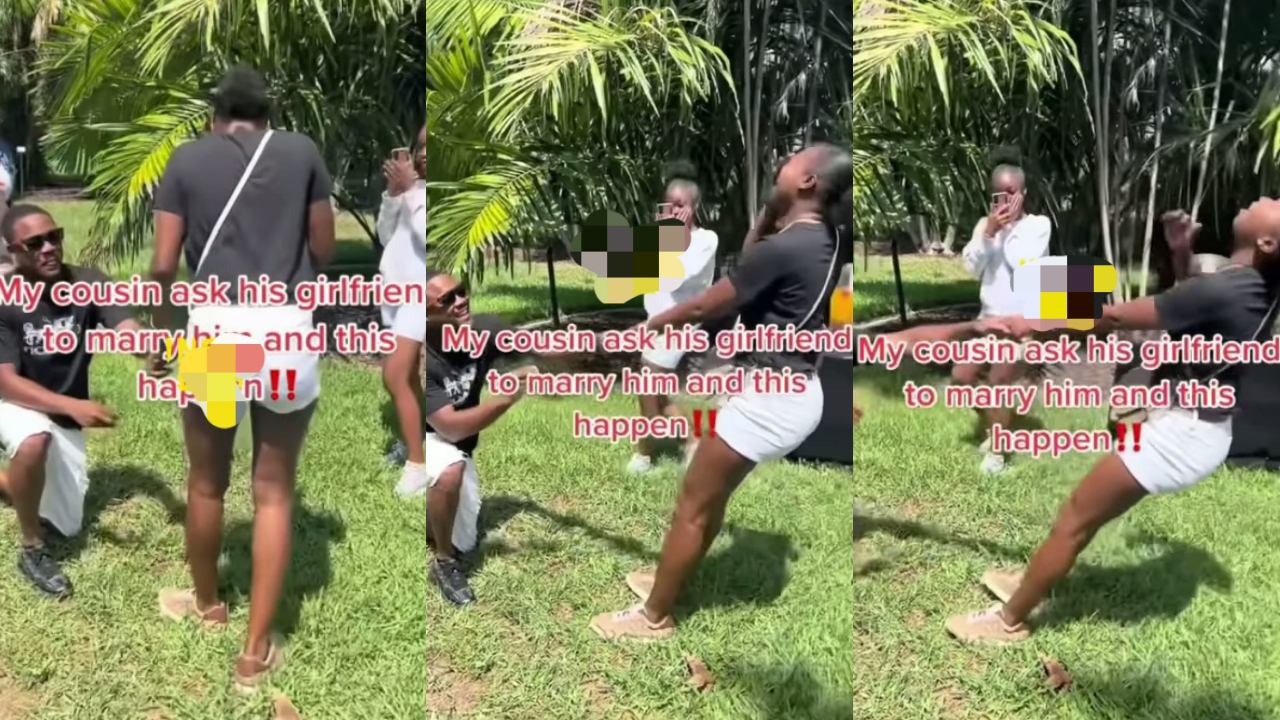 A viral video captures the moment an overexcited lady fainted after her longtime boyfriend proposed to her.

The lady who apparently wasn’t expecting her boyfriend to pop the question was overwhelmed with emotion to the extent she collapsed.

As could be seen in the viral video, the young man was on one knee and was about slipping the ring into his girlfriend’s finger when she suddenly fainted.

The reason why the excited young lady collapsed isn’t clear but some have stated that it might be the shock of it all that caused it; some have humorously added that the lady had literally fallen in love.