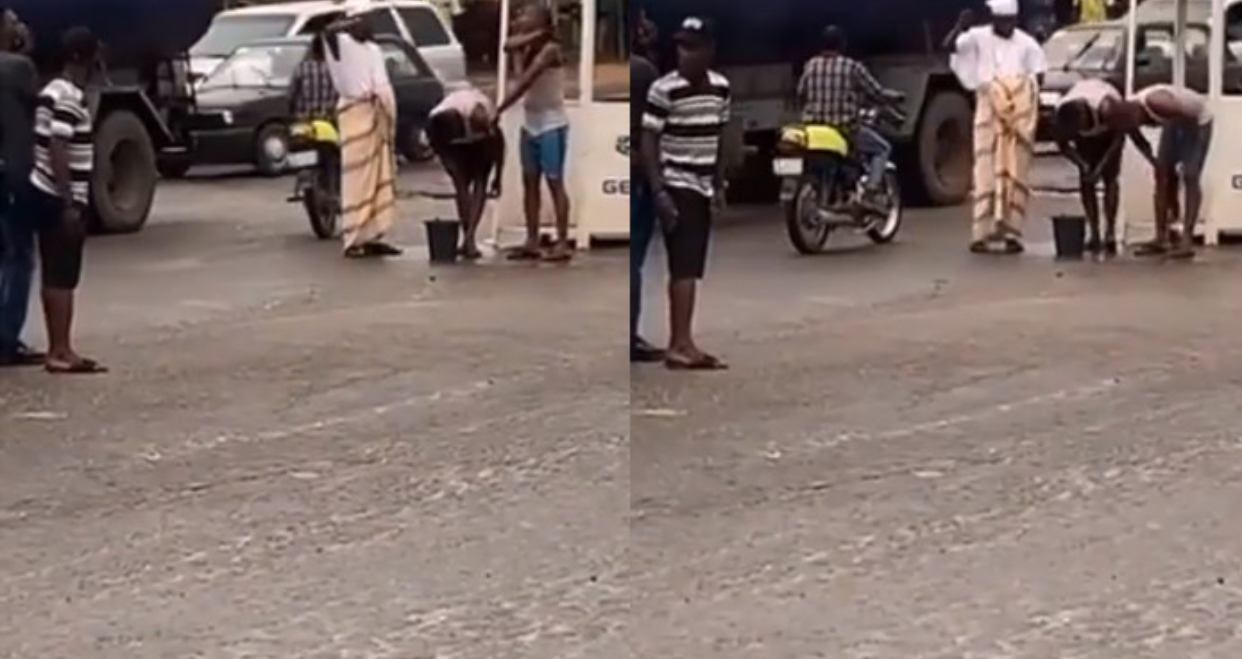 A spiritualist was allegedly caught on camera performing money rituals on some young men on a busy road.

The boys were seen taking a bath by the roadside while the traditionalist recited incantations in the video, which has gone viral.

The spiritualist thought to be an Alfa held an unidentified object in his hand during the alleged money ritual.

“Men don’t have to shower every day” – Rapper, Kodak Black…

Residents gathered in dismay to watch the strange display, while cars drove past the boys.

In other news; Crossdresser Idris Okuneye, also known as Bobrisky, has continued to throw shade since purchasing his much-talked-about N400m mansion.

Bobrisky recently revealed the reasons he felt some Nigerian celebrities did not congratulate him on the rumored new Lekki mansion.

Bobrisky hinted on her verified Instagram page that none of them have a house in the same vicinity except music label boss, Don Jazzy.