Two years on, still his murderers have not been found – Khafi grieves, pleads for help in finding brother’s k!llers 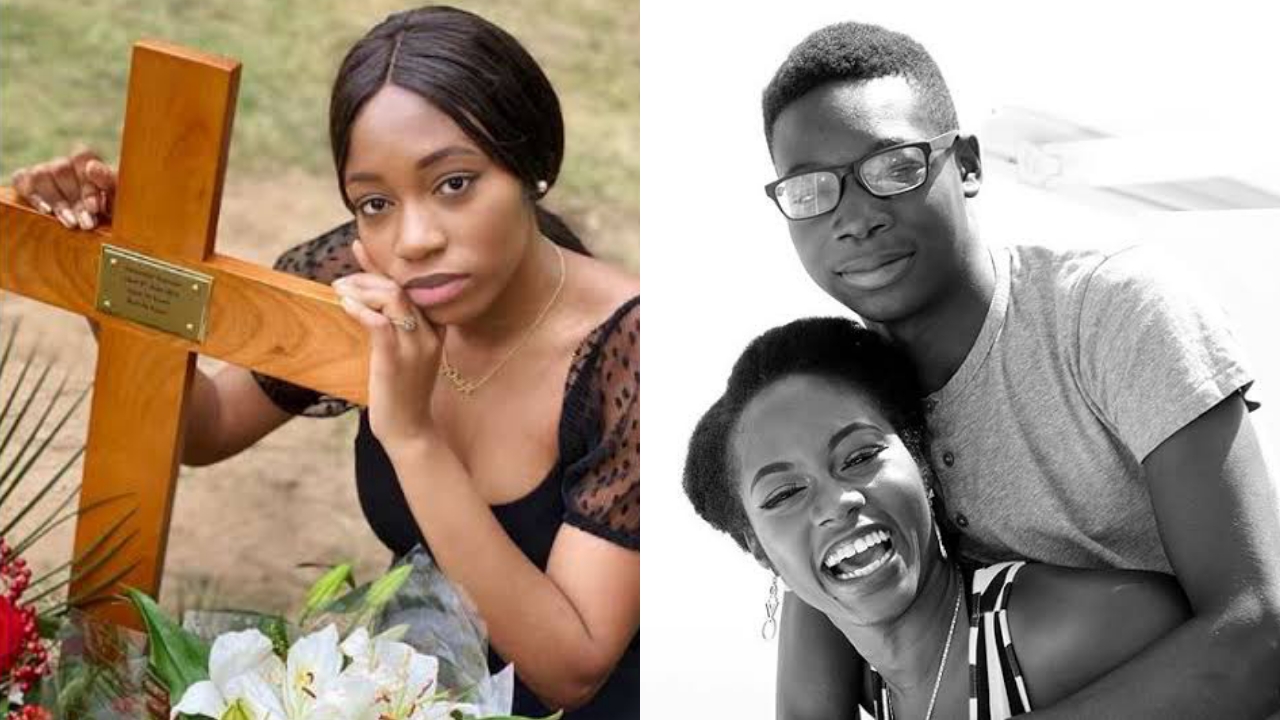 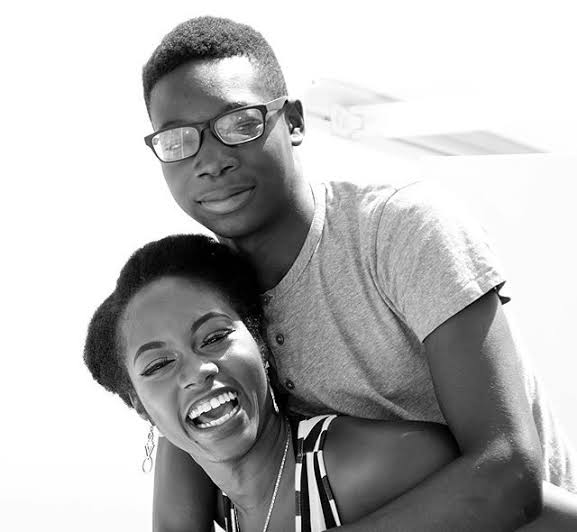 Khafi’s brother had died after being shot close to their family home on 8th of June, 2020. He was just 20 years old.

The reality star who’s memories of her brother’s passing is still fresh on her mind says that his death still hurts her.

Man calls out brother’s wife who tried to seduce him…

“Today marked two years since my brother Alex was murde*ed in cold blo*d on the streets of London. It feels so wrong to commemorate this kind of anniversary; wedding anniversaries, birthdays etc are things that should be celebrated and remembered, not a day of death. But two years on and still his murderers have not been found. This is NOT OKAY. It hurts me every day and is not getting any easier, I just find better ways to suppress my grief as time goes on, but every time it arises it is like a dagger to my chest afresh. It has made me so sensitive to any news of death, especially shootings like those in Owo, Uvalde, and particularly news of young black boys dying needlessly. They trigger so much for me. So I was dreading today. And if I had it my way I would have buried my head in the sand and pretended this isn’t my reality. I had 3 brothers and now I only have 2. And the people responsible are still walking the streets. It makes me so so angry. But my brother @kabiz_k wrote this song (full song in my bio) and it expresses so much of how I feel, I couldn’t not share it. Please listen, in memory of my brother Alex and all the fallen. Their deaths will not be in vain. And if you have any information on Alex’s death, it is not too late to speak up.” 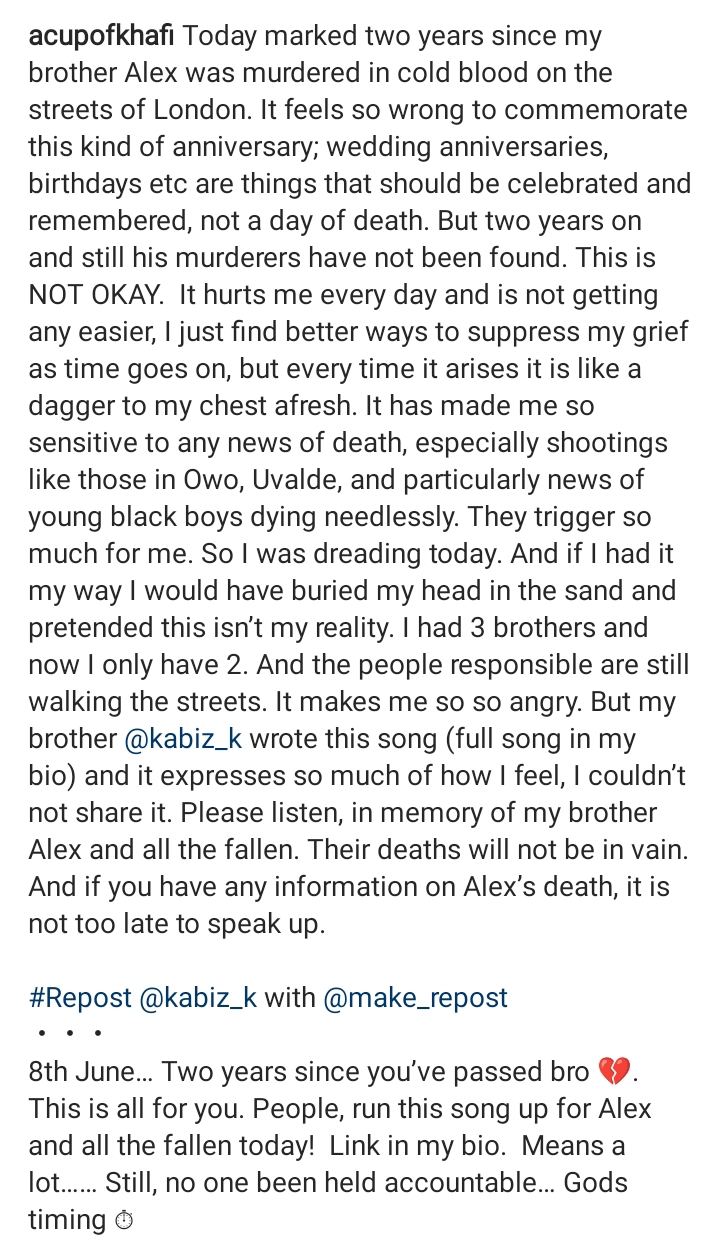