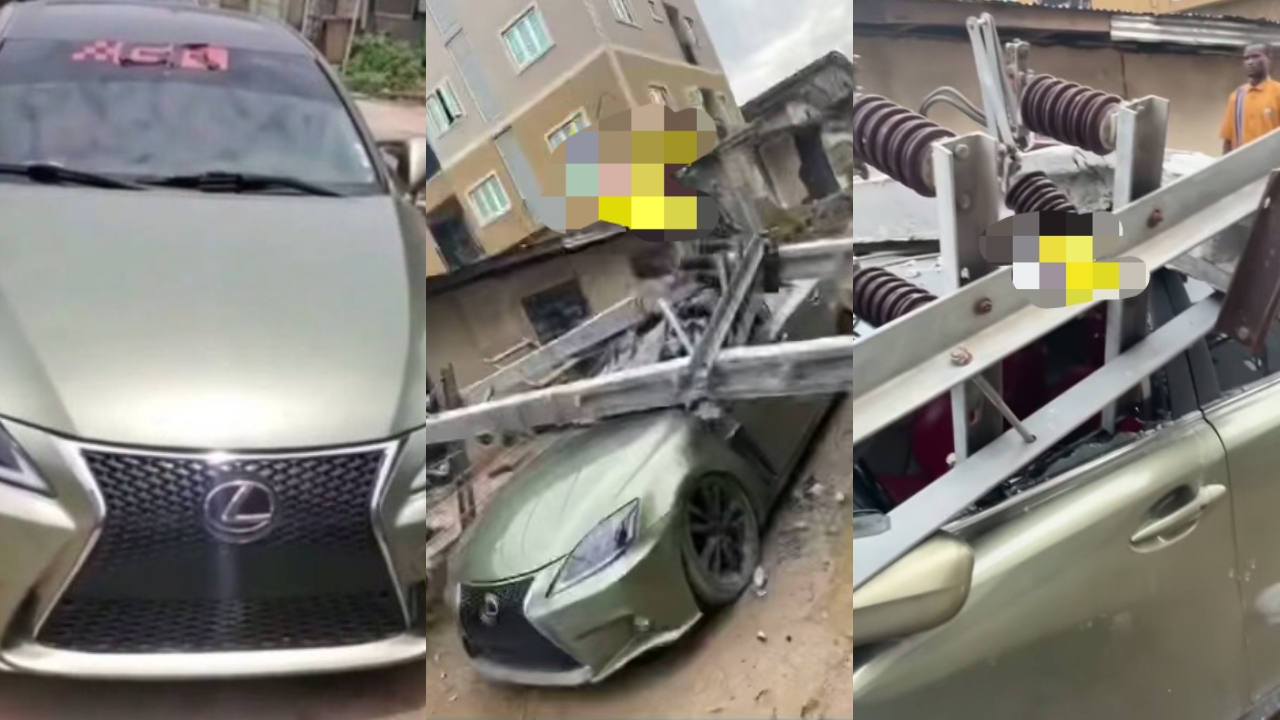 A heartbroken man has taken to social media to share what happened to his new Lexus IS250.

The man had recently purchased the exotic car and had taken the car out for a stroll and had apparently parked it not to far from a pole wire.

The man had returned only to find the car he had recently purchased in a sad state.

The pole had fallen on the car causing it major damages which would cost loads of money to fix.

The video has sparked reactions among social media users who sympathized with the car owner, as some suggest that it must be someone from his village that’s haunting him.